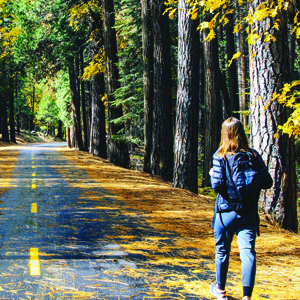 For years, we have been told that a normal component of our biochemistry is somehow working against us. Cholesterol in general—and LDL in particular—has gained a negative reputation due to its association with heart disease and stroke. The medical community has often encouraged patients to lower cholesterol levels at all costs, often labeling certain cholesterols as “good” (HDL) or “bad” (LDL). However, there are no good or bad molecules in the body—they all have a function. It is when an imbalance occurs that these molecules may cause harm to the body, which means that not only too much, but too little cholesterol–essentially, cholesterol starvation–affects health.

Why Does the Body Produce Cholesterol?

Cholesterol is a substance found in all cells in the body. Most cholesterol is made in the liver. Cholesterol is vital to health because it serves as the starting material for producing sex and adrenal hormones, vitamin D, as well as bile for digestion.

The two main types of cholesterol are:

In the September and November 2018 editions of Ray Peat’s Newsletter, Dr. Peat highlights facets of cholesterol that are ignored, specifically the relationship between cholesterol, heart disease, and aging. His article Cholesterol in Context states that aging “seems to be a state of cholesterol starvation.” In other words, the ability to make cholesterol diminishes as we age. Along with other results of aging, including reduced production of hormones such as DHEA and progesterone, the change in cholesterol production affects many functions in the body.

According to Dr. Peat, certain fatty acids (found in oils such as corn, canola, and soy) interfere with an important protein carrier for cholesterol. This carrier protein removes excessive amounts of cholesterol.

Cholesterol also reacts with fatty acids to form conjoined molecules called esters. The ester forms cause toxicity. Through this toxicity, esters may cause neurodegeneration, atherosclerosis, cataracts, kidney disease, and cancer.

Thyroid hormone plays a role in converting cholesterol into sex hormones, adrenal hormones, and vitamin D. As early as the 1930s, researchers found a connection between thyroid deficiency and clogged arteries. When patients had their thyroid gland removed, cholesterol levels would rise and the metabolic rate would drop.

In Hypothyroidism: The Unsuspected Illness, Dr. Broda Barnes remarked that increasing cholesterol levels were a better indicator of low thyroid levels than other existing tests for thyroid. Replenishing thyroid may bring cholesterol levels down and increases metabolism. It may also protect against and reverse atherosclerosis.

Even with adequate sun exposure, our ability to make vitamin D diminishes as we grow older. This is because aging skin has less cholesterol. Interfering with cholesterol production (by using statin drugs, for example) may accelerate skin aging. Lowered cholesterol levels also contribute to the lack of hydration in the skin and body tissues. Loss of hydration not only contributes to the look of aging—causing the skin to appear dry and wrinkled—but it may also decrease metabolism.

Because it is a hard waxy substance, it is easy to visualize that cholesterol hardens our arteries and other tissues when its levels are too high. But low cholesterol in red blood cells contributes to hardening of the cells, thickening the blood and causing the cells to break more easily. Red blood cells carry oxygen to all of our tissues, so disrupting their flexibility and strength in turn compromises energy production in all cells and tissues in the body.

Mitochondria produce the energy in the cell that provides vitality throughout the body. Dr. Peat believes that the side effects of decreasing cholesterol with drugs are directly related to cellular disruption in the mitochondria. He writes that low cholesterol (and the drugs used to decrease and maintain these low levels) contributes to depression, suicide, violence, and an increased risk of death from cancer.

Conventional medicine has instilled the idea that cholesterol levels should be low. This mindset is based on the hypothesis that the higher the cholesterol, the more prone we are to atherosclerosis and heart disease. However, this position fails to consider the many functions of this critical molecule. Dr. Peat’s writings present for consideration the myriad roles cholesterol serves throughout the body, such as how adequate amounts of free cholesterol are needed to forestall the aging process.