Adapted from Cognition and Memory: How Hormones Influence Our Minds 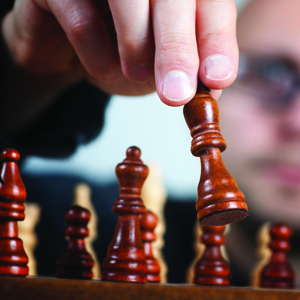 Hormone imbalance can wreak havoc on brain chemistry and the communication between brain cells. Research indicates that nerve cells in the brain and central nervous system actually produce their own supply of hormones such as estrogens, testosterone, and pregnenolone. Because hormones are often more concentrated in the brain, any hormone imbalance may dramatically affect brain function.

The estrogen hormones—primarily estrone, estradiol, and estriol—have profound effects on brain health. These effects include:

Dr. Barbara Sherwin has studied how hormones affect brain function, especially in older women. Her findings indicate that estrogen replacement therapy may reduce the incidence of Alzheimer’s disease. Dr. Sherwin also states that “What estrogen seems to do is to prevent some of the decline in the ability to learn and remember new material after menopause.”

Testosterone may influence our ability to perform different types of thinking tasks. In both men and women, testosterone fortifies muscles, arteries, and nerves, including those in the brain. Without enough testosterone, Dr. Hertoghe explains that “the arteries in the brain weaken, growing too soft in some places (increasing the risk of blood clots and stroke) and too stiff in others (increasing the risk of high blood pressure and cerebral hemorrhage). When the arteries of the brain wear out, blood can no longer properly circulate there or to any organ. When the resulting lack of oxygen and nutrients to the brain is chronic, memory weakens.”

According to Dr. Edward Klaiber’s book Hormones and the Mind, “Estrogen, progesterone, testosterone, and the thyroid hormones are as essential to our moods and cognitive abilities as food-based nutrients are to our basic cellular function.” Dr. Hertoghe explains how thyroid hormones have significant effects on thought processes and memory:

In the brain’s gray matter, where thinking takes place, the blood begins to flow more slowly as thyroid levels decline. As a result, less oxygen and fewer nutrients reach the brain cells, the brain becomes malnourished, and the brain’s owner thinks and moves less. … Without enough thyroid hormones, the number of connections (dendrites and synapses) between the brain cells decreases, weakening the brain cells.

Fortunately, this process can be reversed with proper treatment. Correcting thyroid imbalance provides the neurons with sufficient oxygen and nourishment, which gradually improves neurotransmission, often leading to clearer thinking and better memory. Taking thyroid hormones typically accelerates blood flow to and throughout the brain.

Dr. Hertoghe calls pregnenolone “the memory hormone” because of its ability to improve information retention. It is the most abundant hormone in the brain and is concentrated about 75 times greater in the brain than in the blood. Pregnenolone works as a neurotransmitter to clarify thinking, promote concentration, and prevent memory loss. It serves as a precursor to many of the other hormones, so even a slight deficiency can have a domino effect on other hormones.

We used to think that brain cells grew as we developed, leveling off at some point in adulthood, and then declining with age. That notion has since been replaced with the realization that brain cells are continually changing, growing new dendrites and receptors, and creating new synapses. In Your Miracle Brain, Jean Carper writes that, “For the first time in human history, scientists are beginning to understand how profoundly a person can influence the factors that control brain functioning—through food, supplements and simple lifestyle changes, including mental and physical exercise.” In addition to these factors, hormone balance is a vital part of maintaining brain health and preserving our powers of cognition and memory.