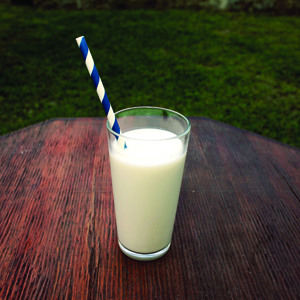 Dr. Robert Thompson believes that ever since refrigerators were invented and we stopped salting our food, we have become an increasingly mineral-deficient population. Aggravating this further is the near dogma of The Calcium Lie (as he calls it), which insists that we must supplement calcium to maintain healthy bones. This idea, he believes, is fostered by the dairy industry.

The truth is that bones are made of minerals. In addition to calcium, Dr. Thompson lists the following minerals as primary components of bone:

The trouble with supplementing only calcium leads to relative deficiencies in the other minerals needed for healthy bones. The potential resulting excess in calcium leads to chronic health disorders such as:

According to Dr. Thompson, the excess calcium leads to a “cascade” that goes something like this:

High calcium levels also lead to increased tissue resistance to thyroid. In other words, even though blood tests for thyroid hormones may be normal, symptoms of low thyroid function may still occur because the hormone is not able to get into the cells to achieve activity. Dr. Thompson says that this can be diagnosed by low basal temperatures and testing for an elevated ratio of calcium to potassium using a hair mineral analysis. He claims that the higher the ratio, the more resistant the cells are to thyroid hormones.

It is intriguing that such a common health recommendation as calcium supplementation could possibly backfire by having such a dramatic impact on thyroid activity. This is particularly concerning because the thyroid hormones affect the whole metabolic system, potentially causing other hormones to also become unbalanced. Perhaps it is time to reevaluate our thinking about this and other long-held beliefs, especially when they affect hormone balance.

Dr. Thompson’s six-step formula for a return to health, including good bone health: