Skip to content
Catching Up with Dr. David Brownstein

Catching Up with Dr. David Brownstein 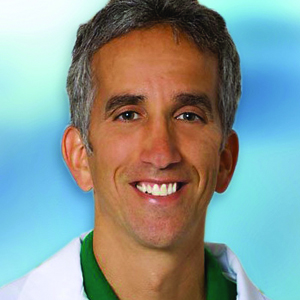 Dr. David Brownstein is a family practice physician practicing in the Detroit area. He is the author of 13 books and a highly sought-after speaker. This month, I had the pleasure of hearing him speak at the Association for the Advancement of Restorative Medicine conference in Blaine, Washington.

Desiccated thyroid is a porcine-derived thyroid hormone replacement medication containing a full complement of thyroid hormones. When he was in medical school, Dr. Brownstein was taught desiccated thyroid and iodine were not to be used in patients with autoimmune thyroid disease. Iodine was even blamed as a cause of the disease! However, when he investigated further on his own, he found practitioners had used desiccated thyroid and iodine with great success over 100 years ago. He now thinks that thyroid autoimmunity actually arises from a scarcity of iodine in the body.

Two of Dr. Brownstein’s books focus specifically on iodine and thyroid health: Iodine: Why You Need It, Why You Can’t Live Without It and Overcoming Thyroid Disorders. In his books, Dr. Brownstein describes two of the major autoimmune thyroid diseases which involve inflammation of the thyroid gland: Grave’s Disease and Hashimoto’s Thyroiditis. Grave’s Disease is associated with hyperthyroidism (too much thyroid activity) and Hashimoto’s Disease is associated with both hyperthyroidism and hypothyroidism (too little thyroid activity). Dr. Brownstein believes that autoimmune thyroid disease is becoming epidemic, and routinely tests each new patient for thyroid antibodies associated with these diseases. He estimates that as many as 15-20% of the population are now positive for autoimmune thyroid disease.

Are We Getting Enough Iodine?

In the first part of the 20th century, it was discovered that some parts of the country are naturally low in iodine. Iodine was added to salt in an effort to prevent widespread iodine deficiency in the U.S. However, the amount of iodine in iodized salt may fall short in meeting our body’s iodine needs. Dr. Brownstein states the amount of iodine needed by the body is much higher than the Recommended Daily Allowance (RDA). In addition, over the last several decades, our exposure to bromine, chlorine, and fluoride has skyrocketed. Bromine is used as a disinfectant, in fire retardants and as an anti-caking agent in flour. Chlorine is added to our drinking water as a disinfectant. Fluoride has also been added to drinking water to decrease the incidence of tooth decay. Dr. Brownstein describes how these substances compete with iodine in the body and make it difficult for iodine to perform its necessary functions.

What Does Iodine Do in the Body?

Some patients may need desiccated thyroid in addition to iodine to support their thyroid function. However, the test most practitioners rely on to determine if thyroid hormone supplementation is needed may appear abnormal during the first few months of iodine use and then drop back down to normal levels. This test is called the thyroid stimulating hormone (TSH) test. Dr. Brownstein recommends also testing T3 and T4 levels and thyroid antibodies in addition to taking a patient’s basal body temperature and symptoms into account. Dr. Brownstein further suggests supplementing cofactors like selenium and magnesium, and antioxidants such as vitamin C.

This brief summary just touches the surface of how important iodine and thyroid are to our health. Dr. Brownstein shares a great deal more of his knowledge in his books and I would recommend reading them. The more we can understand about how our bodies work, the better we can direct our efforts to regaining or keeping our health.