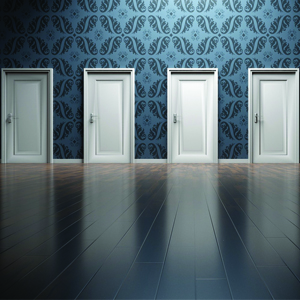 ne of the truly wonderful things about using compounded bioidentical hormone therapy is the opportunity to choose from a wide array of dosage forms. A “dosage form” is the manner used to deliver a medication into the body, such as capsules, creams, lozenges, gels, suppositories, and drops. Women’s International Pharmacy offers many choices of dosage forms in order to help meet each individual’s specific needs.

Capsules are convenient to use. They are quick and easy to take, and multiple hormones can be combined into one capsule, allowing for increased individualization and ease of use. Women’s International Pharmacy pioneered compounding hormones mixed with an edible oil inside a capsule. These oil-based capsules were based on original research with progesterone done by Drs. Hargrove and Maxon. They demonstrated that micronization, or reducing the particle size of the hormone powders, and mixing the powders in oil inside the capsule allowed for good absorption of hormones like progesterone.

Sex and adrenal hormones mixed with oil are absorbed into the body from the intestinal tract and transported via chylomicrons (particles that transport fats throughout the body) through the lymphatic system. This allows the hormones to avoid extensive destruction by the liver on their first pass through the body, and may increase the amount of drug available for use by the body. Some criticize using capsules with hormones orally, citing that the hormones are broken down by stomach acids. This is true of hormones that are protein-based, but not those that are related to cholesterol like most sex and adrenal hormones.

Progesterone taken orally in a capsule may cause drowsiness for some individuals. This occurs when progesterone is broken down by the body into other substances called metabolites. Some of these metabolites may have a sedative effect for some. Practitioners may deliberately prescribe progesterone at bedtime for patients having trouble falling asleep hoping the patient experiences the drowsy effect.

Capsules might not be a first choice for individuals who have problems with their digestive tract. However, because the hormones are dispersed in oil inside the capsule, a practitioner may direct their patients to open the capsule and use the hormones and oil directly on the skin.

Hormones may be applied to the skin in creams, gels, ointments, lotions, sprays, and drops. Patches are also available commercially from drug manufacturers. Most transdermal dosage forms allow for multiple hormones to be combined together for ease of application. Transdermal dosage forms also allow the flexibility to use varying amounts of the medication to adjust the dose based on a practitioner’s directions.

The skin usually acts as a barrier that prevents substances from entering the body, but cholesterol-based hormones can travel through hair follicles and make it past the outer skin layer into the blood and tissues. A common misconception when dosing hormones transdermally is that the amount of hormone applied is the amount absorbed. It has been estimated that only 10-80% of the hormone applied in a cream is actually absorbed. With such a large range, it is easy to see why doses may vary for individual patients. Additionally, absorption through the skin may be compromised for people who have impaired blood flow to the skin, such as those diagnosed with hypothyroidism, or low thyroid function.

It can also make a difference where on the skin the hormones are applied. Hormones can easily get through hair follicles but very hairy areas could interfere with the dosage form coming into contact with the skin. The part of the body where the hormones are applied may have a higher temporary level of hormones available to the hormone receptors in that area. This can be important if treating a specific area such as the eyes or vaginal area.

When using transdermal dosage forms, it is important to take steps to ensure the hormones aren’t transferred to other individuals through direct (touch) or indirect (laundry, door handles, bedding) contact. Wash hands with soap and water after applying the medication and avoid person-to-person and person-to-pet contact with application sites.

Sublingual dosage forms are placed under the tongue or between the cheek and gum to allow the hormones to be absorbed through the tissue of the mouth into the body. However, part of the dose should be considered to be an oral dose as it would be very difficult not to swallow any of the dose.

Sublingual use tends to raise the blood levels of the hormones quickly and to a higher level than the hormones delivered in oral capsules. Sometimes these enhanced levels are useful. Sublingual estradiol is sometimes used to rapidly relieve headaches triggered by low estrogen levels, and lozenges have been used 4-8 times daily to mimic the surges in testosterone that young men naturally experience throughout the day.

Lozenges and drops are examples of sublingual dosage forms. Lozenges are prepared by placing hormones in a tablet like form that dissolves easily in the mouth. Drops are made by suspending or dissolving the hormone powder in an edible oil or other liquid. Drops can be used under the tongue or on the skin. It is important to shake the drops vigorously before use so the hormones are evenly distributed.

The drop dosage form is ideal for very sensitive patients because the hormones can be suspended in an edible oil with no other ingredients added. One can determine if the hormone itself is presenting an issue or if it is the presence of other ingredients. Taste can be an issue when using sublingual dosage forms; however, compounding pharmacies can help by adding flavors and/or sweeteners if desired.

Hormones may be inserted vaginally or rectally in suppositories, capsules, creams and gels. The vaginal and rectal routes can be used to distribute the hormones throughout the entire body, but may also be used when a direct effect is desired at the site of application. For example, the rectal route may be used to relieve hemorrhoid symptoms and the vaginal route may be used to relieve symptoms of vaginal atrophy and dryness.

For many people, any one of the dosage forms described above will work well, and the deciding factor is purely preference. Others—whether due to sensitivities, absorption issues, or something else—may need to try a number of dosage forms before finding the one that works best for them. Women’s International Pharmacy is here to help patients and practitioners sort through the options and make the best choice for each individual.