Skip to content
Chronic Fatigue Syndrome Gets a Name Makeover 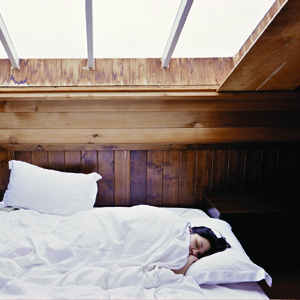 In February 2015, the Institute of Medicine (IOM) put forth a proposal to change the name and the diagnostic criteria for chronic fatigue syndrome (CFS). People who suffer from this condition are often made to feel that their symptoms are psychological or a figment of their imagination. Patients may see multiple practitioners in an attempt to find symptom relief for their CFS.

Historical Names of an Ambiguous Condition

The name “chronic fatigue syndrome” was coined by the Centers for Disease Control in 1988. The Europeans prefer to call this condition myalgic encephalomyelitis (ME) which focuses on central nervous system (CNS) inflammation with muscle pain. Many experts now call this condition ME/CFS.

Since CNS inflammation and muscle pain are not universal components of ME/CFS, an IOM panel undertook the task of defining the major symptoms suffered by people with CFS. They concluded that the most prominent and universal symptom of CFS is a lingering depletion of energy after minimal physical and/or cognitive exertion. The panel recommended that CFS be renamed systemic exertion intolerance disease (SEID) or post-exertional malaise (PEM) for short.

In Wisconsin, researchers studied thirteen CFS patients and 11 healthy controls as the subjects exercised to their maximal capacity. The researchers obtained blood samples and administered symptom questionnaires before and up to 72 hours after exercise. They measured gene expression for metabolite, cortisol, adrenaline, and immune system receptors. Individuals with CFS had a significant increase in the number of cortisol and adrenaline receptors up to 72 hours after exercise compared to control subjects.