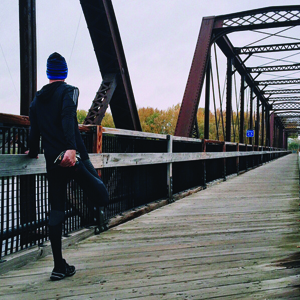 In Maximize Your Vitality and Potency, Dr. Jonathan Wright calls testosterone “the healthy heart hormone.” His book is well referenced and he has the clinical experience to back it up. The medical literature is also full of studies indicating the importance of testosterone to the heart.

Yet, a paper titled “Adverse Events Associated with Testosterone Administration” published in the June 2010 New England Journal of Medicine seems to tell a different story. In this study involving a group of 209 subjects, those that were treated with testosterone had a higher rate of cardiac events than the non-treated group, and they had also begun the study with a high prevalence of hypertension, diabetes, high cholesterol, and obesity. Based on this, should we question the heart-healthy benefits of testosterone?

Not so fast…in an article in Life Extension magazine, Dr. Steven Joyal pointed out some of the study’s flaws:

And why might that be a concern? Dr. Eugene Shippen, one of the earliest heralds of the dangers of excess estrogens in men and author of The Testosterone Syndrome, notes that elderly men may actually have more estrogen than their female counterparts of the same age. Dr. Shippen cited such factors as zinc deficiency and the use of diuretic drugs as contributing to increased estrogens in men as they age.

William Faloon, also writing in Life Extension magazine, points to a May 2009 study published in the Journal of the American Medical Association that the men in the study with chronic heart failure who also had balanced estradiol levels (not low, nor high) were the least likely to die during the three-year study. The estradiol levels in the successful group varied between 21.8 and 30.11 pg/ml, which gives us some guidelines for acceptable levels of estradiol in men.

Dr. Thierry Hertoghe points out in The Hormone Handbook that a weak heartbeat is a symptom of low testosterone, and that high estrogen levels have been associated with myocardial infarction. Excess estrogens also make a progesterone deficiency worse, further contributing to hormone imbalance, and translating into muscle tension, anxiety, nervousness, and difficulty with sleep.

So maintaining optimal testosterone levels remains at the center of heart health for men, recognizing that estrogens and progesterone also play their part.

When discussing testosterone therapy, our staff routinely suggests including either progesterone or chrysin, for example, to prevent the excessive conversion of testosterone to estrogens. Our staff also recommends that men consult with their practitioners for careful monitoring of their hormone levels.

For more information on testosterone and men, follow this link to receive our Male Hormone Therapies Information Packet.