Why Do We Get Hemorrhoids? 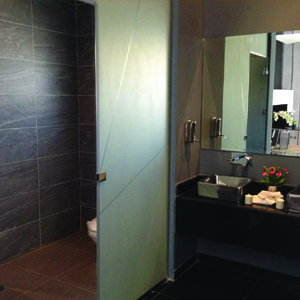 It is difficult to get a handle on the prevalence of hemorrhoids since they can come and go. Many patients will find relief from over the counter and home remedies, but some will be so miserable they will seek help from a health care practitioner. Hemorrhoids tend to be a sensitive subject. People just don’t like to talk about them.

Hemorrhoids can also form outside of the anus below the rectal sphincter. These hemorrhoids tend to cause the most problems with pain and itching. They can also bleed. It is possible the pooling of the blood in the swollen veins may cause a blood clot or thrombus to form. The common name for hemorrhoids, “piles” (from Latin pillae meaning balls), comes from the observation of the small balls these clots form in the swollen veins.

Why hemorrhoids form is still a mystery. Hemorrhoid formation may be associated with standing or sitting for long periods of time, obesity, and straining while defecating with constipation or diarrhea. They also often occur during pregnancy, though it is not clear whether it is caused by the added pressure to the pelvic region by the baby, the changes in hormones that occur during pregnancy, the straining which occurs at delivery, or perhaps a combination of all of these.

Along with the cause of hemorrhoids, a number of trends have yet to be explained:

The Role of Hormones

How hormones play a role in the formation of hemorrhoids is complicated. For example, constipation is a symptom of low thyroid function. Connective tissue weakness is also a sign of low thyroid. Is constipation the direct cause of hemorrhoid formation? Is there some innate laxity in the tissue associated with hypothyroidism that causes them to form? Or perhaps a combination of both?

As early as 1942, a theory existed that proposed the high levels of progesterone and estrogens that occur during pregnancy may contribute to the formation of varicosities in the legs and also to hemorrhoids:

However, as Dr. de Barros and his colleagues point out in their paper, “Pregnancy and lower limb varicose veins: prevalence and risk factors,” this does not account for the fact that varicosities can occur in one leg and not the other under the same hormonal control.

Interestingly, not all studies show the same results with regard to hemorrhoid risk factors. A September 2015 study published in PLOS ONE revealed a lower risk of hemorrhoids with a high fiber diet as have other studies. However, the reduced risk was not associated with less constipation, and the number of pregnancies a woman experienced did not affect the risk one way or the other. Surprisingly, being sedentary even correlated with a decreased risk.

Hemorrhoids may come and go without a clearly identified cause or remedy. However, when hemorrhoids and the associated pain become serious, most seek help from a professional. Surgical procedures such as cauterization (burning) and ligation (banding or clipping) are part of the practitioner’s medical bag to bring relief. As welcome as the relief may be, these procedures do not prevent hemorrhoids from returning and do not address the underlying cause.

It’s astonishing something as common as hemorrhoids still poses such a mystery to the medical community. Researchers are working diligently to find the answers to our questions about hemorrhoids. Hopefully, these answers will come soon. Hemorrhoid prevention will bring great relief to many.