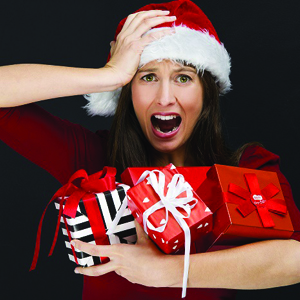 Dr. Penny Kendall-Reed spoke at the Integrative Health Symposium conference in October 2015, highlighting the complexity of how stress affects hormone activity. Research has sought to identify the unique characteristics of hormones for decades. This is difficult because hormones do not act in a vacuum, but have distinct relationships with each other.

The Hypothalamus, the Pituitary Gland, and the Adrenal Glands

One of the more complicated hormone relationships involves the HPA axis. The HPA axis is a set of interactions and signals that exist between the Hypothalamus, Pituitary, and Adrenal glands. This relationship is an indispensable part of our existence.

The hypothalamus is a very tiny area in the brain with an enormous number of functions. Some of these functions include the regulation of body temperature, hunger, attachment behaviors, thirst, fatigue, sleep, and circadian rhythms. The hypothalamus produces a number of hormones that directly stimulate the pituitary gland.

The pituitary gland is also located in the brain and produces hormones that play a role in regulating the thyroid gland, ovaries, testes, and adrenal glands among other things. The adrenal glands are located above each kidney and produce hormones that help the body control blood sugar, burn protein and fat, react to stressors like a major illness or injury, and regulate blood pressure.

An example of HPA axis activity (i.e., the interaction between these three glands) is as follows: In response to stress, the hypothalamus produces a corticotropic releasing hormone (CRH), which signals the pituitary gland to release adrenocorticotropic hormone (ACTH). ACTH then signals the adrenal glands to produce stress hormones cortisol, epinephrine, and norepinephrine to be used by the body to respond to the stressor. Uniquely, women experience more stimulation to the HPA axis under conditions of stress than men do.

The HPA Axis is Self-Regulating

Not only does the HPA axis work to produce hormones to respond to stress, but it also regulates itself so the body stops producing stress hormones when they’re no longer needed. When cortisol is released by the adrenal glands into the blood, receptors in both the hypothalamus and the pituitary gland are able to detect this rise in cortisol. The activation of these receptors turns down the production of CRH and ACTH ultimately resulting in a decrease in the production of cortisol. Ideally, the interaction between the hypothalamus, the pituitary gland, and the adrenal glands creates an environment of stability and consistency using these feedback loops.

Sex Hormones in the Hypothalamus

What Happens When Hormones are Disrupted?

Infertility is a significant consequence of hormone disruption. Continued, elevated levels of cortisol are thought to be a prime cause of infertility:

Weight gain is another potential consequence when the HPA axis is disrupted:

What Can We Do to Reverse Hormone Disruption?

The most obvious step is to take measures to relieve chronic stress. This can include:

Natural supplements can also be used. Lactium, a peptide isolated from milk may be used to re-sensitize the hypothalamus to cortisol and re-establish the feedback loop. Herbs like magnolia, ashwagandha, schizandra can moderate cortisol production. Theanine from green tea and the amino acid GABA can also mitigate stress reactions. Judicious use of bioidentical hormones may also help break this cycle of dysfunction.

The takeaway point from Dr. Kendall-Reed’s presentation is that high levels of stress and persistently high levels of cortisol affect the very intricate and complicated balance of many hormones. Learning to manage stress with lifestyle, nutrients, hormones, and perception may help restore more balanced functioning to many of the body’s systems.