Hormones in Your Fingernails 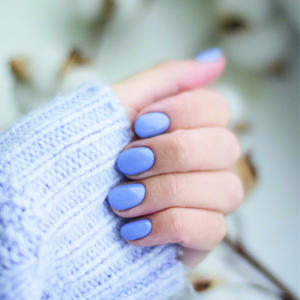 A study published by Fay Marnock, et al., suggested using fingernails to measure hormone status. As a nail’s matrix builds up with keratin, hormones passively diffuse into the nail from capillaries in the blood. The authors suggested measuring DHEA and cortisol in the nail to gauge hormone status over a prolonged period. This could have advantages over tests using serum, saliva, and urine, which reflect only a point in time or only a single day’s hormone level.

Aside from the possibility of actually measuring hormones, the appearance of your fingernails reveals a lot of information about your overall health. For example, one of the symptoms of osteoporosis is brittle fingernails. A clinical trial in 2007 compared nail structure with bone integrity over the course of chemotherapy treatment. The investigators are also compared the nails of individuals who have had a bone fracture with those who have not.

Just like hair, fingernails are mostly composed of a protein called keratin. However, not all fingernails are alike. A study by Dittman, et al., showed that not only is there a gender difference–women have more sulfur and less nitrogen in their nails than men–but that carbon levels in fingernails increase with age in both sexes.

First and foremost, healthy nails require an adequate supply of nutrients. However, Dr. Jonathan Wright notes that adequate supplies of stomach acid are equally important to nail health because of its role in the absorption of amino acids (the building blocks of protein) and minerals. So, in addition to eating enough of the right nutrients, the state of your digestive health will determine whether or not the nutrients are actually absorbed and usable. Dr. Wright also checks for testosterone levels because it is also needed for protein (i.e., keratin) synthesis.

Dr. Thierry Hertoghe observes that vertical lines on fingernails are typical of a growth hormone deficiency. Some believe that this may also be a sign of nutrient deficiency.

A telltale sign of menopause can be dry, brittle nails can. Healthy fingernails must be hydrated. Since estrogens are responsible for keeping water in body tissues, lowered estrogen levels contribute to less healthy fingernails. Dehydration is also a common problem with aging, which helps explain why the elderly often have fingernails that look dull and yellow.

Dry, brittle nails are also a sign of hypothyroidism. With low thyroid function, circulation to the extremities is impaired, which means that the nutrients in the blood may not get all the way to the fingernails. The nail bed can also become very pale because of poor circulation.

Those little white spots that appear on your fingernails may originate from stress. The white spot indicates a drop in zinc caused by a stressful event. Since a fingernail takes about six months to grow, you can even estimate the time of the stressful incident. Dr. Carl Pfeiffer noted that about 30% of schizophrenia patients had these spots. He then treated them with zinc and B6 (because B6 will be ineffective without enough zinc) and had very favorable responses.

Hormones certainly play a role in maintaining healthy nails, and the tidbits mentioned here just scratch the surface of what can be gleaned from looking closely at your fingernails. The shape, colorings, pitting, lines, thickness and splitting can all be clues to the state of your body’s health. If you have concerns about your fingernails, be sure to discuss them with your healthcare practitioner. Fungal infections and psoriasis can be a direct cause of a diseased nail.