Skip to content
How Hormones Interact with Receptor Sites

How Hormones Interact with Receptor Sites

The Relation to Breast and Prostate Cancers 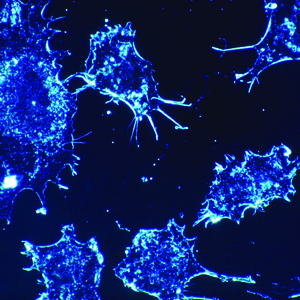 There is no shortage of information and opinions concerning hormone treatments or the “best” way to test for hormone deficiencies, not to mention how to use hormones or confirm if a hormone intervention is working. However, upon reading Dr. Edward Friedman’s book, The New Testosterone Treatment: How You and Your Doctor Can Fight Breast Cancer, Prostate Cancer, and Alzheimer’s, it occurred to me that hormone receptors are really THE thing we should examine. Regardless of the testing method, the specific hormone, or its intended result, all hormone action occurs at the receptor sites.

What are Hormone Receptor Sites?

Receptors are protein structures designed to snag passing hormones. Receptors for hormones that poke through the cell membrane are called membrane receptors. Other receptor sites are inside the cell (intracellular receptors) in the cytosol, and more receptors are in the cell nucleus. The number of receptors is not stagnant, and varies according to nutrients and the environment.

Once a receptor captures a hormone, that cell receives instructions for an action, such as cell replication, manufacturing other proteins, moderating cell activity, and programming abnormal cell death. A single hormone can produce action within minutes of binding. Receptors manipulate the cell’s action by upregulating or down-regulating the production of proteins.

Conventional practitioners insist that as long as a hormone receptor site receives a hormone–whether it is identical to the human hormone or not–all hormones and hormone-like substances should be considered equal. This thinking completely ignores the research identifying different affinities for different hormone receptors. As an example, the hormone estriol is generally considered a weak estrogen. This is because the binding of estriol on a receptor, in comparison to estradiol binding on the same receptor, produces less response.

In sharp contrast, the receptors for estrogen in the urinary tract, bladder, and vaginal tissue have a much greater affinity for estriol. A study published in the New England Journal of Medicine demonstrated dramatic differences in effectiveness in treating urinary tracts in elderly women with recurrent infection. Clinically, estriol also shines when treating vaginal dryness, outperforming estradiol and other estrogens.

Even though receptors have affinities, they are not very discriminating about binding and can be affected by synthetic hormones as well as “the real thing.” Receptor site activity can be blocked or accentuated. For example, medroxyprogesterone acetate, a progestin rather than real progesterone, not only interferes with progesterone receptors but can block testosterone and cortisol receptors too. Because testosterone has such a positive effect on potential breast and prostate cancer (see below), this could help explain why this synthetic hormone is so frequently associated with increases in breast cancer, as reported in the Women’s Health Initiative study.

Dr. Friedman, a theoretical biologist, describes the hormone “big picture” and also offers a theory on what he calls the Hormone Receptor Model. He believes that his model answers questions about how breast and prostate cancer initiate, and how this information can be used to target very specific treatment based on bioidentical hormones (particularly testosterone) to change the course of these diseases. Dr. Friedman states that breast and prostate cancer are fundamentally identical in their causes, presentation, and progression.

Bcl-2 is a protein produced by hormone stimulation in the cell nucleus of cancer cells. This protein is of high importance in the discussion of breast and prostate cancer. Cancer cells are immortal; they escape the normal program for cell death called apoptosis. The Bcl-2 protein shields cancer cells from their normal cell destruction.

Estrogen Receptor Beta (ER-Beta) stimulation has a positive result, which is that the production of the Bcl-2 protein is down-regulated, thus depriving cancer cells of their immortality. Moreover, it also has an anti-inflammatory effect.

Estrogen Receptor Alpha (ER-Alpha) increases inflammation and the production of the Bcl-2 protein. When breast cancer tissue is examined and reported as estrogen receptor positive, that information is incomplete. We need to know the concentrations of the different estrogen receptors. A dominance of ERBeta receptors is good. One feature of cancer cells is that the further the cancer progresses, the more ERAlpha receptors are available.

Types of Estrogen and Their Binding Properties

Estradiol binds to both alpha and beta receptors with equal strength. Estrone binds to alpha receptors five times more tightly than to beta receptors, and estriol binds to ER-beta 3.2 times more tightly than it will bind to ER-alpha. So, the amount of Bcl-2 being produced is dependent upon which estrogen is binding, how strongly it is binding, and the concentration of each type of receptor. Hence, estrone is considered to be potentially more pro-cancer, while estriol is considered to be potentially more anti-cancer.

Progesterone Receptor A increases Bcl-2 and stimulation of this type of receptor is associated with BRCA1 and BRCA2 mutations. According to Dr. Friedman, the few women with these mutations also have increased numbers of Progesterone Receptor A. In turn, this leads to an increased Bcl-2 production protecting cancer cells. He outlines a different strategy to use in this situation (please refer to Dr. Friedman’s book for more detailed information).

The membrane androgen receptor behaves differently in men than it does in women. In women, stimulation of this receptor causes a decrease in Bcl-2; in men, it causes an increase in Bcl-2. In both men and women, stimulation of the intracellular androgen receptors decrease Bcl-2 and also causes the production of other anti-cancer proteins. However, if there is a shortage of testosterone to stimulate the intracellular receptors, the shortage favors more cancer cell growth.

Dr. Friedman offers some very thought-provoking ideas about using bioidentical hormones in the treatment of breast and prostate cancer. Although his theory is not yet tested, some practitioners have already begun incorporating elements of it.

A study recently published by Dr. Rebecca Glaser illustrates strong evidence for the idea that testosterone can be protective, and perhaps even effective as a treatment for breast cancer. She recently presented the results of 1,268 women who were receiving testosterone treatment along with an aromatase inhibitor. Although her study is designed for ten years, she is already observing a dramatic decrease in breast cancer incidence in her study group, as compared to other studies and population statistics, at the five-year mark.

Dr. Friedman feels that his methods are not intended to be a “cure” but a means to control cancer. He claims that the only side-effect is that, instead of suffering from the disfigurement and secondary effects of cancer surgery, radiation, and the debilitation of hormone deprivation and chemotherapy drugs, restoring hormones to more youthful levels will yield a zest for life while living with cancer.