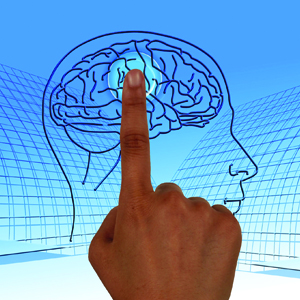 The staggering number of soldiers returning from the wars in Afghanistan and Iraq with head injuries caused by improvised explosive devices prompted medical researchers and practitioners to review the literature for anything that would help these veterans recover. A 2010 update to a literature review in Future Neurology notes that there are literally hundreds of studies regarding the “neuroprotective” effects of progesterone and its metabolites, with most of these studies being published in the last few years. In particular, two clinical trials demonstrated the effectiveness of using progesterone to successfully treat patients with moderate-to-severe head injury, resulting in sparing the lives of about 50% of those treated. This revelation provided a ray of hope for both practitioners and veterans.

The picture gets much bigger when you factor in the many others suffering from lingering brain injuries. Each year, approximately two million Americans suffer from some sort of brain injury, ranging from mild (such as concussions) to severe, due to childhood head injuries, car accidents, sports, and even childbirth. A sudden impact to the head from external forces, or even sudden acceleration or forceful rotation, can cause an acute TBI with effects lasting anywhere from a few hours to becoming a life-long condition.

The resulting hormone imbalances cause a number of psychological, physiological, and physical symptoms. Some of these are depression, angry outbursts, anxiety, mood swings, memory loss, inability to concentrate, learning difficulties, insomnia, increased risk for heart attack and stroke, high blood pressure, diabetes, loss of libido, menstrual irregularities, premature menopause, obesity, loss of lean body mass, muscular weakness, and more. Practitioners working with an aging population will easily recognize these symptoms as those that mirror declining levels of TSH and thyroid hormones, DHEA and corticosteroids from the adrenal glands, and estrogens and testosterone from the ovaries and testes. These symptoms are also beginning to be recognized as associated with TBI, as well.

Dr. Mark Gordon of the Millennium Health Center in Los Angeles was among the first to make a connection between the symptoms of TBI and pituitary dysfunction, and to incorporate that discovery into his clinical practice. According to an article in the January 2012 Life Extension magazine, Dr. Gordon employs a comprehensive laboratory test panel that covers all pituitary-related hormones when treating patients with brain injury. For direct testing of pituitary hormones, he looks at human growth hormone (HGH), luteinizing hormone (LH), thyroid stimulating hormone (TSH), adrenocorticotropic hormone (ACTH), follicle stimulating hormone (FSH), and insulin-like growth factor (IGF-1) levels. He also orders tests for the secondary hormones (i.e., those produced from the thyroid, adrenal, ovary, and testes glands) including T3 and T4, cortisol, testosterone, and estrogens.

Dr. Gordon and others believe that human growth hormone is particularly important because it is also neuroprotective, meaning that it enhances the survival of damaged nerve cells and even promotes the creation of new nerve tissue. Declining growth hormone has been associated with cognitive decline and memory loss, symptoms which may persist after a brain trauma.

An interesting study published in the Journal of Neurotrauma tracked cortisol, progesterone, testosterone, estradiol, and pituitary FSH and LH in men and women who had suffered traumatic injuries in car accidents, taking measurements each day after the accident. The authors noted that FSH and LH declined steadily, as did progesterone, and that these results indicated damage to the pituitary gland, which could continue chronically. They suggested that progesterone treatment might be appropriate in both men and women, but cautioned that such treatment would also affect other hormones. They also noticed that a rise in estradiol in men and a rise in testosterone in women after the trauma seemed to predict a poor outcome. In another study mentioned in the literature review update in Future Neurology, the authors reported finding that combining progesterone and vitamin D provided better outcomes, because progesterone was not as neuroprotective when a vitamin D deficiency existed.

We are fortunate to have access to hormones that can fill in these deficits and perhaps significantly improve the quality of life for the millions of people suffering from traumatic brain injuries. Unfortunately, we are sometimes hindered by the gap in time before the information gathered by research is put into practice for patients. If you have had a past head injury, it is very important to make your practitioner aware of it, especially if you suffer from any of the symptoms mentioned. In addition, requesting broader hormone lab tests may provide some answers.