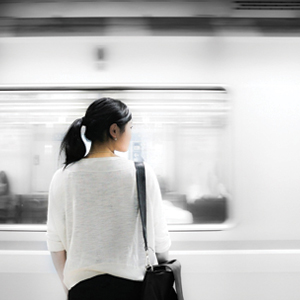 Adrenal glands produce hormones that are essential to the body for adequately dealing with stress—whether it be caused by an emergency “fight or flight” situation or merely day-to-day responsibilities. Hypoadrenalism is a condition where the adrenal glands do not produce enough of these essential hormones, leading to a variety of symptoms and affecting overall health. Its symptoms are sometimes the result of a deficiency in hydrocortisone, one of the most important hormones for dealing with stress. Addressing this deficiency by using hydrocortisone therapy may in turn help alleviate symptoms of hypoadrenalism.

Hypoadrenalism and Its Symptoms

Hypoadrenalism symptoms may range from extreme to mild conditions. One of the primary symptoms is excessive fatigue, while others include:

Many of these symptoms present themselves during or after a physical, mental, or emotional stress when adrenal reserves are especially low.

The Adrenal Glands and the Role of Hydrocortisone

The adrenal glands are composed of two parts known as the medulla and the cortex. As the inner portion of the adrenal gland, the medulla produces epinephrine (adrenaline) and norepinephrine. These hormones are triggered in response to acute stresses such as fear and anger.

The cortex is the adrenal glands’ outer surrounding layer and produces over 40 different hormones called corticosteroids, which are essential for responding to more prolonged stresses.

Hydrocortisone (also known as cortisol) is thought to be the most important corticosteroid. Cortisone is produced by the adrenal gland in smaller quantities and is converted to hydrocortisone by the body.

In the past, there has been some confusion about the benefits of cortisone and hydrocortisone treatments, primarily stemming from the fact that the earliest treatments relied on doses that were much higher than those normally produced in the body. Additionally, many people confused cortisone and hydrocortisone with their more potent derivatives such as prednisone and dexamethasone. This resulted in some undesirable and potentially hazardous side effects, leading to the misconception that all “cortisone therapy” may be harmful.

Dr. William McK. Jefferies discusses the potential of hydrocortisone in his book, Safe Uses of Cortisol. After years of successfully treating patients with smaller doses resembling those that the body naturally produces, Dr. Jefferies and others have promoted the use of hydrocortisone as a safe and effective treatment for hypoadrenalism. Treatment options typically include medications such as cortisone acetate or hydrocortisone. Hydrocortisone may be compounded in a variety of dosage strengths and forms, allowing treatments to be tailored to a patient’s individual needs.

Evidence suggests that prolonged use of low dosages of cortisone acetate or hydrocortisone does not impair adrenal response. Dr. Robert Atkins’ Health Revelations reported on hydrocortisone research, emphasizing the importance of maintaining healthy hydrocortisone levels to minimize the effects of stress and aging.

As part of the endocrine system, the adrenal glands work in conjunction with the thyroid, pituitary, and hypothalamus glands. Malfunction in any of these glands sends a ripple effect through other endocrine glands and eventually the whole body, making it difficult to identify the true source of the problem. Appropriate natural hydrocortisone replacement therapy typically alleviates or eliminates most, if not all, of the symptoms of adrenal insufficiency.