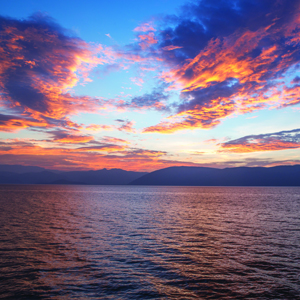 Iodine was discovered in 1811 by French chemist Bernard Courtois while processing ingredients for gunpowder. In extracting sodium salts from seaweed by treating it with sulfuric acid, he observed a purple vapor rising from the seaweed. This substance was eventually named iodine, from the Greek word for the color violet, ioeides.

Iodine is an essential trace element necessary for the production of all hormones in the body and proper function in the immune system. It plays a vital role in several aspects of health, including:

On average, the human body contains 20-30 milligrams of iodine, which is primarily concentrated in the glandular system. Iodine receptors are found throughout the body, with a high concentration in the thyroid gland; according to Dr. Shari Lieberman and Nancy Bruning in The Real Vitamin & Mineral Book, approximately three-quarters of the body’s iodine supply is found in the thyroid gland. The remainder is distributed throughout the body, primarily in the breasts, ovaries, muscles, and blood.

“For over 100 years, iodine has been known as the element that is necessary for thyroid hormone production,” writes Dr. David Brownstein in his book Iodine: Why You Need It, Why You Can’t Live Without It. In the United States, iodine was added to salt (iodized salt) in the 1920s specifically to curb the incidence of diseases brought on by an iodine deficiency. During the 1960s, iodine was added to baked goods.

In the 1980s, the National Institute of Health (NIH) had concerns about the population getting too much iodine. Therefore iodine was replaced with bromine in certain foods. However, bromine can interfere with iodine’s absorption into the body, which may ultimately worsen the iodine deficiency problem.

Iodine is a relatively sparse substance on the planet, with the majority of it being found in oceans and sea life. Iodine levels are generally normal for human populations that live near the ocean, particularly those with a large fish intake in their diet. However, iodine deficiency is common in land-locked areas, “particularly those who live in mountainous regions or in the middle of the continent,” notes Paul Bergner in The Healing Power of Minerals, Special Nutrients, and Trace Elements.

Dr. Brownstein reports that approximately 90% of his patients are iodine deficient. He believes that the current dietary standards for iodine are the bare minimum required for thyroid function, leaving no additional iodine for the benefit of the rest of the body. With the addition of bromine, iodine deficiency “has been accelerated and iodine is now inhibited from binding to its own receptors.”

Thyroid dysfunction is one particularly common consequence of iodine deficiency. This connection is described by The Essential Guide to Vitamins and Minerals:

During an iodine deficiency, the activity of the thyroid hormones remains normal until the body stores of the mineral are exhausted. A center in the brain called the pituitary gland recognizes the lack of iodine and diminished thyroid gland function and signals to the thyroid gland to increase its activity. The thyroid gland enlarges or swells as a result of this increased activity and the swelling that occurs at the front of the neck is called a goiter.

After the thyroid gland, breast tissue is another major storage site for iodine, and “adequate iodine levels are necessary for the development and maintenance of normal breast structure,” writes Dr. Brownstein. This may help explain the relationship between breast problems and low thyroid function. In the case of deficiency, the breasts and thyroid gland compete for the limited supply of iodine, often resulting in both having inadequate levels and leaving the body vulnerable to a variety of illnesses, including an increased predisposition to breast, endometrial, and ovarian cancers, as well as thyroid cancer.

In Encyclopedia of Natural Medicine, Dr. Joseph E. Pizzorno, Jr. and Michael T. Murray report on research demonstrating that thyroid supplements decrease breast pain and lumps among patients whose thyroid function has tested normal. These results “suggest that subclinical hypothyroidism and/or iodine deficiency may be a causative factor” in fibrocystic breast disease. Dr. David M. Derry has found that iodine has been effective in treating fibrocystic breasts, writing in Breast Cancer and Iodine that “doses of iodine above the saturation level make fibrocystic disease reverse and disappear both in animals and in humans.”

Because sources for iodine are rare in a typical Western diet, optimum iodine levels are difficult to achieve and maintain. Diet and lifestyle choices may worsen iodine deficiency, specifically low-salt diets and those that include a high level of baked goods that include bromine, such as ready-to-eat cereals, bread, and pasta. Dr. Derry reports that unsaturated fat also depletes the body of the little iodine that is ingested.

The Westernized diet does not typically contain adequate amounts of iodine; however, other cultures have shown an association with high levels of iodine and a lower risk of certain types of cancer. For instance, Dr. Derry says that the Japanese “have one of the lowest breast cancer, prostate cancer, and thyroid cancer rates in the world and only lately have had a small increase in the breast cancer rate thought to be related to the Westernization of their diet.” The average daily intake of iodine in the average Japanese diet is well over the amount necessary to sustain thyroid levels, and thus allows the remainder to be used elsewhere in the body, such as breast tissue.

While iodine may also be absorbed through the skin, dietary iodine is easily absorbed through the gastrointestinal tract into the bloodstream, where it is then transported to the thyroid gland and distributed throughout other parts of the body. While many types of food vary in iodine levels, Lavon J. Dunne’s Nutrition Almanac notes that: “Both types of sea life, plant and animal, absorb iodine from seawater and are excellent sources of this mineral.” The Japanese levels of iodine are generally attributed to the large amount of sea food, particularly seaweed, included in their diet.

“Iodine supplementation has multiple positive effects on the body,” writes Dr. Brownstein, “These positive effects are found in many different illnesses from fatigue states to autoimmune disorders and cancer.” If iodine deficiency is treated, its symptoms are generally relieved rapidly. As with many supplements, however, the use of iodine requires careful laboratory and clinical monitoring; make sure to consult with your healthcare practitioner to determine how to achieve optimum levels for your needs.