Skip to content
Is DHEA Beneficial to Aging Skin?

Is DHEA Beneficial to Aging Skin? 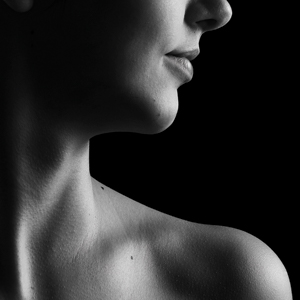 Dehydroepiandrosterone (DHEA) is one of the most abundant circulating steroid hormones in humans, with concentrations typically peaking between the ages of 25 and 35 and then gradually declining with age. It is released mostly from the adrenal glands as a precursor to androgens and estrogens, but it may have its own effects on the body as well. A plethora of benefits has been associated with DHEA, from immune system support to improved sexual satisfaction. Some have called DHEA a “super hormone” and an “anti-aging panacea;” this article examines whether this bold reputation extends to the skin.

The positive effects of DHEA on the skin have been supported by a number of studies, including both systemic (total body) and localized treatment methods. In 2000, Dr. Étienne-Émile Baulieu et al. conducted a study where 280 women and men, ages 60-79 years old, were given 50mg of DHEA by mouth daily for one year. A number of different outcomes were evaluated. With regard to skin, the results showed improvements in:

The researchers concluded “a lack of harmful consequences” for the 50mg per day dose. However, like any other sex hormone, DHEA can have symptoms of excess if the dose is too high, such as:

It is important to watch for these symptoms in order to adjust dosing levels.

Another study, conducted by Dr. Stephanie Nouveau et al., went the topical route, which allowed for a more directed approach and a lower dose of DHEA. Over the course of four months, 20 postmenopausal women applied a DHEA 1% (10mg/gm) cream to the skin on their face and hands. When compared to a group of 20 postmenopausal women who applied a cream with no active ingredient, Dr. Nouveau et al. found the topical DHEA tended to improve skin brightness and to counteract epidermal atrophy (a characteristic feature of hormone-related skin aging) as well as the papery appearance of aging skin.

Traditional treatments for these symptoms have included vaginal lubricants/moisturizers and vaginal estrogens. More recently, however, DHEA has also been shown to improve symptoms of atrophy. In a 12-week study by Dr. Fernand Labrie et al., involving almost 500 menopausal women, 6.5mg of DHEA was administered vaginally on a daily basis. The results of this study showed the following benefits:

As with all hormones, the key to optimizing DHEA is balance. While supplementing DHEA deficiency can have manifold benefits, it’s equally important to watch for symptoms of excess and to adjust dosage levels to fit individual needs. The studies discussed in this article—along with many others—indicate that, with the guidance of a healthcare practitioner, DHEA may be used to optimize skin health, particularly in inhibiting or even reversing the effects of aging.