Low-Dose Naltrexone, Endorphins, and the Brain 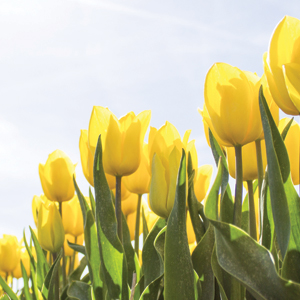 When it was introduced in the mid-1980s, naltrexone was used for blocking opioid receptors. These receptors are meant to be activated by hormones produced by the body called endorphins and enkephalins. However, opioid drugs also stimulate these receptors.

Large doses of naltrexone were originally used for treating drug addiction by blocking the body’s opioid receptors, and therefore the effects of opioid drugs, completely. In doing so, however, it completely blocked the body’s endorphins and enkephalins as well. This was ultimately harmful to health since these hormones play critical roles in myriad parts of the body, such as the immune system.

In contrast, low doses of naltrexone act by temporarily blocking opioid receptors. This causes the body to increase its production of endorphins and enkephalins. In turn, these hormones work to relieve pain, reduce inflammation, and contribute to well-being while avoiding the adverse health effects associated with larger naltrexone doses.

Studies have shown that low-dose naltrexone (LDN) offers multiple health benefits. It has been used in a wide range of treatments for a variety of conditions, including:

LDN and the Brain

In the brain, LDN can occupy the mu-opioid receptors and increase endorphin production. Research shows that LDN provides other benefits to brain health, such as:

LDN also helps reduce inflammation of the brain’s glial cells, which are involved in the body’s perception of pain. Dr. Ginevra Liptan blames activated glial cells in the brain for releasing inflammatory substances, which leads to increased pain sensation of central nervous system neurons, manifesting as fibromyalgia. According to Dr. Liptan, “LDN essentially acts as anti-inflammatory in the central nervous system.”

In 1985 Dr. Bernard Bihari was working with patients addicted to heroin and diagnosed with Acquired Immunodeficiency Syndrome (AIDS). Dr. Bihari found that his patients had only a fraction of the endorphins they needed, and inhibiting endorphin production altogether was further weakening their immune system. After careful laboratory confirmation, Dr. Bihari demonstrated that low doses of naltrexone increased endorphins by 200-300%. He showed that the patients treated with LDN had stopped their immune system’s decline, and the rate of mortality for AIDS patients dropped.

Thus began an extensive investigation into the link between the endorphin hormone system, the immune system, and how LDN might be used to strengthen both. Endorphins increase T-helper and natural killer cells, which promotes immune health. In addition to its benefits to patients with autoimmune conditions, LDN appears to be helpful as an adjunct treatment for certain types of cancer.

The potential benefits of LDN extend to a wide variety of conditions, including cancer. Dr. Bihari noted the connection between endorphin deficiency and various forms of cancer, including:

Cancer cell surfaces sometimes have receptors for endorphins. Dr. Bihari reported that when he gave LDN to a few cancer patients, their tumors shrank and they remained in remission. The increased levels of endorphins caused by LDN, in turn, may attach to cancer cells, causing the cancer cells to die.

Low-dose naltrexone is currently only available from compounding pharmacies such as Women’s International Pharmacy. Already a worldwide phenomenon, LDN’s treatment potential is becoming more widely recognized in circles of general medicine. With its varied uses, LDN has proven itself an important part of the wellness toolbox.