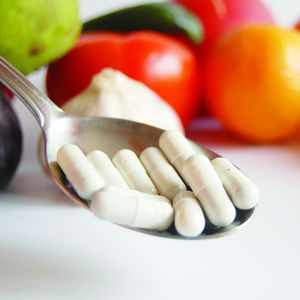 Low-dose naltrexone (LDN) is used around the world for treating pain, as well as myriad other health disorders, including:

The History of LDN Use

The late Dr. Bernard Bihari discovered and developed the therapeutic use of low-dose naltrexone (LDN) in the mid-1980s while practicing internal medicine in New York City. He was treating drug addicts with a new drug, Naltrexone, which blocked the heroin “high.” Unfortunately, 50 milligrams daily had unpleasant side effects. When his addicts started dying from AIDS, he began to search for a drug that would help them.

Dr. Bihari knew that endorphins, small neurochemicals produced by the body, had pain-relieving, anti-inflammatory properties. Dr. Bihari and his colleagues hired a lab scientist to measure patient endorphin levels. He discovered that his HIV patients had sub-normal endorphin levels. His team determined that LDN doses ranging from 1.75 to 4.5 milligrams increased endorphin levels by two to three hundred percent. By blocking the body’s endorphin receptors, LDN caused an overproduction of endorphins.

Dr. Bihari then started a small foundation to study the use of LDN in HIV patients. After one year, he discovered that the patients who took LDN had an eight percent death rate while patients taking placebo had a thirty-three percent death rate. He and his colleagues went on to treat hundreds of patients with LDN.

Endorphins have a positive effect on the immune system by increasing T-helper and natural killer cells. Not only does LDN help people with autoimmune diseases like multiple sclerosis (MS), it also seems to be beneficial as an adjunct treatment for certain types of cancer. Cancer cell surfaces have receptors for endorphins. When Dr. Bihari gave a few cancer patients LDN, their tumors shrank and they remained in remission. Dr. Bihari attributed this success to LDN’s ability to increase natural endorphin levels which in turn attach to cancer cells, causing them to die.

Low-dose naltrexone is only available from compounding pharmacies. Call 800.279.5708 to speak to a pharmacist for more information.