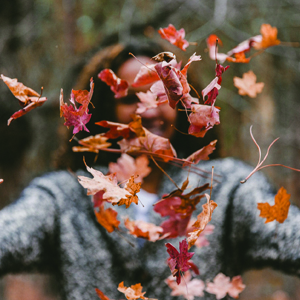 As they approach mid-life, women may begin to experience dramatic fluctuations, many of which are often related to hormone changes. These fluctuations may detract from the enjoyment of daily life, or indicate a more serious underlying health condition. Evaluating your hormonal health may help establish a baseline to prepare you for the changes ahead as well as provide a warning of any potential risk of age-related health conditions.

Thyroid dysfunction is particu­larly prevalent among women and the elderly. If you exhibit any symptoms that could be thy­roid-related, your healthcare practitioner will probably examine the area near your thy­roid (on your neck) to see if it is enlarged, and may request lab tests to assess thyroid function. Laboratory tests that measure hormone levels can provide detailed information about thyroid function.

The thy­roid hormones most often measured include triiodothyronine (T3), thyroxine (T4), and thyroid-stimulating hormone (TSH) to get the full picture of a patient’s thyroid function. These hormones primarily regulate metabo­lism, but also affect protein synthesis, carbohydrate and lipid metabolism, and vitamin absorption. TSH is a pituitary secretion that triggers the thyroid gland to release T3 and T4 into the bloodstream.

Another indicator of thyroid imbalance is measuring reverse T3, which blocks normal T3 activity at the receptor sites and T4 transport into the cell. Testing for thyroid antibodies will alert you to the possibility of autoimmune thyroiditis. However, some practitioners feel that the typical thyroid test results may not be an accurate indicator of thyroid function because they do not account for the intracellu­lar effects of the hormone.

Most women associate menopause with a decline in ovarian function, primarily resulting from decreasing estrogen levels. But the shift from pre- to post-menopause is a complex sometimes lengthy transition. Many healthcare practitioners agree that reproductive ag­ing precedes menopause by at least 10 years.

Despite the decline in fertility that accompanies aging, women can still become pregnant until menopause is confirmed (usually 12 consecutive months without menses). Knowing if or when you are menopausal is not as important as accurately assessing ovarian function, as that will play a greater role in overall health. Many hormone changes disrupt ovarian function, such as:

Healthcare practitioners sometimes measure follicle-stimulating hormone (FSH) to gauge if you are near menopause. However, oral contraceptives and oth­er medications can interfere with FSH and other hormone levels. Confer with your healthcare practitioner about stopping them for several weeks before the lab tests to achieve a good reading.

Once you are past meno­pause, the levels of estradiol (the primary estrogen pro­duced) and estrone (the second most abundant estro­gen) are significantly reduced. The ratio of the two is reversed, with estrone be­coming more abundant than estradiol. During the years preceding menopause when hormone levels are fluctuation, however, these measures may lack accuracy.

Impaired glucose function (diabetes mellitus) is as­sociated with or a known contributor to many other health problems, including:

The onset of diabetes may pre­cede its diagnosis by a decade or more, and many people develop the disease without realizing it.

Predicting the risk of diabetes as early as possible allows for more time to make the necessary lifestyle changes to possibly prevent its occurrence. Routine preventive measures include fasting glucose tests to predict metabolic syndrome and dia­betes. However, testing for fasting insulin also provides an earlier warning sign because abnormalities in insulin func­tion tend to show up sooner than in glucose.

Other Significant Hormone Changes during Mid-life

Many healthcare practitioners use hormone levels as a diagnostic tool for when menopause is happening. Though menopause is characterized as an estrogen deficiency, estrogen levels often vary significantly among women, and even over time within the same woman. Some women have higher levels of estrone (one form of estrogen) after menopause than before.

In The Phytogenic Hormone Solution, Saundra McKenna states that progesterone is usually the most deficient hormone at menopause and that there is often a deficiency in DHEA and testosterone as well. However, because of each woman’s natural fluctuations, Dr. Christiane Northrup recommends multiple tests to help account for these fluctuations whenever testing hormone levels. Testing may be recommended to help devise an appropriate treatment, and then for evaluating that treatment’s effectiveness to determine whether adjustments may be needed.

Women in menopause may experience any combination of physical, emotional, or psychological symptoms. For some, the symptoms are subtle and gradual; for others, they are intolerable because they interfere with daily living. Hormone testing, in conjunc­tion with keeping track of symptoms, may help you and your healthcare practitioner monitor your hormonal health and overall well-being as you prepare for this new stage of life.

Written by that Staff at Women’s International Pharmacy