Skip to content
MS, Lupus, LDN, and the Hormone Connection 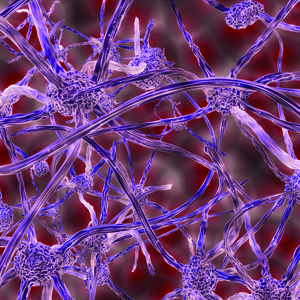 According to the American Autoimmune Related Diseases Association (AARDA) about 50 million Americans have an autoimmune disease and 75% of Americans with autoimmune disease are women. Multiple sclerosis (MS) and lupus are the most common of the more than 100 different autoimmune diseases. Research suggests that low-dose naltrexone (LDN)—and its potential effects on hormone imbalance—may prove a positive treatment option for these diseases.

Multiple sclerosis is an autoimmune disease that affects the central nervous system. The immune system attacks the myelin sheath, the insulating layer of cells that surround and protect the nerve cells. A healthy myelin sheath allows electrical impulses to transmit quickly and efficiently along the nerve cells. When the myelin sheath is damaged, the nerve cells are left exposed and inflamed and plaques begin to form along the central nervous system. The inflammation and plaques can slow or disrupt the electrical impulses moving between the brain and the rest of the body which may cause symptoms such as numbness, weakness, tingling, dizziness, fatigue, pain, vision disturbances, difficulty walking, slurred speech and difficulties with bladder and bowel function.

Lupus is an autoimmune disease that targets the body’s tissues and organ systems including the skin, joints, cardiovascular system, brain, and kidneys. There are several types of lupus and one type may be induced by medications such as blood pressure medications, antibiotics and anticonvulsants. Because tissue damage can occur anywhere in the body, lupus can be difficult to diagnose.

Low-dose naltrexone (LDN) has emerged as particularly effective in treating autoimmune diseases that involve impaired gastrointestinal function. Crohn’s disease, irritable bowel syndrome, and ulcerative colitis have responded, sometimes dramatically, to LDN treatment. Autoimmune disorders such as MS and lupus may also be associated with gut disturbances. Recent research on MS has found a connection with the gut microbiome, providing a reason to consider low-dose naltrexone as part of a treatment plan.

Naltrexone was originally developed as a drug to block opioid receptors. These receptors are meant to be activated by hormones produced by the body called endorphins and enkephalins, which can relieve pain and contribute to well-being. However, these receptors can also be stimulated by opium-derived drugs called opioids. The developers of naltrexone reasoned that when opioid receptors were blocked, there would be no need to use or abuse opioid drugs. While a logical theory, in actual practice they had little success.

Low doses of naltrexone act by temporarily blocking opioid receptors. The body responds by producing increased amounts of endorphins and enkephalins. The opioid receptors also increase in sensitivity and in number.

Naltrexone is commercially available in a 380mg injection and 50mg tablets to be used as part of a treatment program for alcohol or opioid dependence. It is also added as an abuse deterrent to opioid medications and available in combination with an antidepressant for weight loss. LDN, however, is currently only available from compounding pharmacies.

The use of very small doses of naltrexone was pioneered by Dr. Bernard Bihari. He first demonstrated the effectiveness of LDN in the treatment of patients with AIDS. He established that endorphin levels were low in patients with AIDS and LDN treatment provided substantial increases in these levels. LDN treatment not only improved these patients’ quality of life, but also reduced the rate at which they died.

LDN has since been shown in studies to have multiple health benefits. LDN appears to improve the body’s response to infection with an immunomodulatory effect, resulting in patients having fewer and less frequent infections. LDN also can help the body eliminate and manage toxic exposures by improving glutathione levels, which aids in detoxification and decreases oxidative damage, making it easier to clear the body of toxins. Oxidative stress has been implicated as a triggering factor of both MS and lupus due to loss of antioxidant/oxidant balance. LDN may help to repair the linings of the gut and brain barriers that prevent absorption of foreign substances, thus healing issues caused by a damaged microbiome. Additionally, LDN may balance stress hormones and also relieve anxiety and depression by improving brain neurotransmitter function.

Dr. Deanna Windham, a contributor to The LDN Book, explored treating patients with MS and lupus with LDN. While it is not the only treatment option she uses for MS and lupus, Dr. Windham does not hesitate to use LDN because of the many benefits she has seen it provide. She cautions that full benefit may not be achieved for 12 to 18 months, so patience and commitment is essential. Dr. Windham individualizes treatment to each patient’s needs by taking a holistic approach.

So, how are MS, lupus, and LDN connected to hormones?

High levels of estrogen relative to progesterone, or exposures to estrogen-like chemicals, may be linked to the development of autoimmune disease. In addition, high estrogen levels in men with MS correlate with more brain damage. However, research has shown that one specific estrogen, estriol, can have an anti-inflammatory effect in MS. Women’s International Pharmacy provided the estriol capsules used in this landmark study.

Adrenal and thyroid function may also play a role in autoimmune disease. Individuals with autoimmune disease commonly experience low levels of adrenal hormones, specifically cortisol and DHEA. In fact, DHEA has reached clinical trials for FDA-approval for the treatment of lupus. Treating even sub-clinical thyroid deficiencies can help fatigue, brain fog, memory and sleep. Additionally, increased endorphins stimulated by LDN may even help with hormone balance.

Seeing the benefits of using LDN has directed research into studying previously unknown connections between the immune and endocrine systems. According to Dr. Windham’s experience, the key to treating MS and lupus may be using LDN in conjunction with diet, addressing other health concerns, and a healthy balance of hormones.