Ovulation is Crucial to Women’s Health 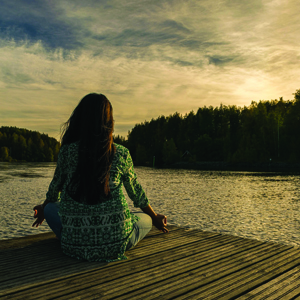 Many of us, including medical practitioners, think that if we are having monthly, regular periods, then our reproductive system is healthy. Dr. Jerilynn Prior believes we haven’t studied ovulation closely enough. She details her position in a series of newsletters from the Centre for Menstrual Cycle and Ovulation Research (CeMCOR). Among regularly menstruating women whose cycles have been normal for 10-30 years after menarche (one’s first period), Dr. Prior estimates that one third do not ovulate. She suggests that ovulation is “a missing link in preventing osteoporosis, heart disease and breast cancer.”

Ovulation is the release of an egg from an ovary. Once the egg leaves the ovary, the corpus luteum (a temporary endocrine gland) forms in the ovary and begins to produce progesterone. The egg travels down the fallopian tube to the uterus where it can be fertilized by sperm. If fertilization does not occur, the egg is swept from the uterus along with the thickened lining of the uterus during a woman’s monthly period, also known as menstruation.

The release of the egg at mid-cycle and the formation of the corpus luteum are necessary for the abundant production and release of progesterone, which is the hallmark of the second half of the menstrual cycle known as the luteal phase.

As a young girl reaches menarche, estrogen influences her body. Breasts start to develop and body fat is redistributed, rounding the body’s contours gradually into a “womanly” shape. However, ovulation doesn’t start immediately–therefore, neither does the release of progesterone.

It could be as long as a year before ovulation actually starts, and only after ten years does ovulation occur 95% of the time. One indicator that ovulation has begun, Dr. Prior explains, is the size of the areola around the nipple. When ovulation starts the areola becomes larger and darker.

Dr. Prior writes that there are two types of ovarian disturbances:

Both ovarian disturbances result in inadequate production of progesterone.

Ovulation may be disturbed by:

No test actually “sees” the egg being released from the ovary, so medical practitioners have developed tests that use indirect methods to detect when ovulation has occurred.

Dr. Prior’s studies document the effectiveness of monitoring molimina to predict ovulation. Molimina is the set of symptoms that appear before the menstrual period that indicate ovulation has occurred. These symptoms include:

These symptoms may be mild and not reach the severity of PMS symptoms. Dr. Prior notes that nipple pain and general pain in the breast indicate high estrogen levels, but not necessarily ovulation. If a woman has no awareness of an oncoming period, ovulation has probably not taken place.

Few researchers have tracked the effects of ovulation and its related hormones on the body over the course of a lifetime, but Dr. Prior shares findings from a number of studies addressing specific aspects of women’s health, as well as her conclusions from this information.

One study demonstrated that the greatest increases in bone density for young women generally don’t occur until about one year after menarche when ovulation starts and progesterone is produced from the ovaries. Progesterone has been seen to be active at the bone building sites, the osteoblasts. On the other hand, menstrual cycles without ovulation, especially during the perimenopause years, may account for increased bone loss.

For many years, researchers have observed that both estrogen and progesterone may contribute to breast cell growth and proliferation. However, initial observations were usually only made over a day or two: after a few days in cell cultures, estrogen continues to stimulate cell growth, but progesterone contributes to breast cell maturation and differentiation. These mature cells are less prone to become cancerous in the presence of progesterone.

A common myth about heart disease is that it is the same disease in women as in men. For example, cholesterol levels in women do not appear to correlate with heart disease as they do in men, and taking a daily aspirin for preventing a heart attack may work for men but not for women. It was thought that estrogen prevented heart disease because HDL levels were increased with adequate estrogen levels, but repeated studies demonstrate that this is a myth.

Cycles without ovulation and progesterone production, therefore, might be considered a risk for heart disease.

What can we do to support ovulation and progesterone production? Reducing stress and a healthy, balanced diet are good first steps. Other measures you may take to determine whether ovulation is occurring include:

We can’t assume our reproductive system and hormone balance are healthy just because we are having a monthly period. Much is going on behind the scenes. By listening to our bodies, however, we may maintain optimal health for years to come.