Skip to content
Postpartum Depression and the Potential of Allopregnanolone

Postpartum Depression and the Potential of Allopregnanolone 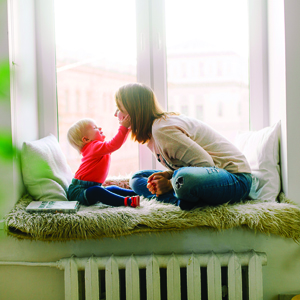 Postpartum depression (PPD) is a widespread complication of pregnancy and childbirth that can affect a woman’s emotional, mental, and overall health. It is characterized by feelings of sadness, anxiety, apathy, fatigue, and being overwhelmed with day-to-day activities, and can affect a mother’s ability to bond with her infant, cause her to lose interest in things she usually enjoys. This article outlines the possible causes and risk factors for PPD and explores a potential hormone therapy using allopregnanolone, a treatment recently approved by the Food and Drug Administration (FDA).

As with many forms of depression, PPD is not as straightforward as it may initially seem, presenting itself with various symptoms and levels of intensity. Many women experience mild and short-lived mood swings after delivery, in what often is termed as the “baby blues.” By contrast, PPD is usually more serious and prolonged; in one of its most severe forms, postpartum psychosis, suicide, and homicide pose real dangers.

If you think you might be suffering from postpartum depression, contact your medical practitioner right away or go to the nearest emergency room.

A Possible Cause of Postpartum Depression

The sudden, dramatic change in reproductive hormones after delivery occurs is thought to be a cause of PPD, though some medical practitioners argue that this type of depression can occur during pregnancy as well as post-partum. Additionally, investigations show that blood levels of hormones in women with postpartum depression may not be so different from those women who do not suffer from depression after childbirth.

It’s possible that a more complex interaction of various bodily systems may be involved, including:

All of these systems are affected by the reproductive hormones, specifically estrogens, and progesterone.

Many factors may predict post-delivery mood issues, including:

The hormones produced by the sex and adrenal glands and circulated throughout the body are only one part of the hormonal equation. Adrenal and sex hormones are also made in the brain and neuronal tissues, where they are used directly by the tissue making the hormones. The brain has the advantage of being able to use both the hormones it produces independently and those that are in general circulation. These hormones have an impact on brain function and mood.

A Potential PPD Treatment with Allopregnanolone

Allopregnanolone (ALLO) is a metabolite of the hormone progesterone. In fact, the levels of ALLO produced in the body parallel those of progesterone:

On March 19, 2019, the FDA announced the approval of an intravenous form of ALLO with the brand name Zulresso and the generic name brexanolone. This is the first drug approved by the FDA specifically for the treatment of postpartum depression. ALLO treatment involves an intravenous administration over 60 hours shortly after delivery. Because of concerns about serious risks, including excessive sedation or sudden loss of consciousness during administration, access to this treatment will be limited and strictly monitored.

Could Progesterone Have the Same Effect on PPD?

In 1980, Dr. Katharina Dalton published Depression after Childbirth. This book describes PPD’s identifying features and the possibility of treating it with progesterone. She was the first to consider the unpleasant symptoms that plagued some women just prior to menstrual bleeding as a syndrome, calling it premenstrual syndrome (PMS), Dr. Dalton argued that progesterone could be used not only to alleviate PMS symptoms, but she also found that it could help with toxemia of pregnancy (now known as preeclampsia) and PPD.

The Edinburgh Postnatal Depression Scale (EPDS) illustrates the mood problems associated with postpartum depression. Below is an adaptation of their questionnaire.

Select the answer that comes closest to how you have felt in the past 7 days:

These ten questions are used to measure the severity of the depression using a range from 0 to 30, with 30 being the most severe form of depression. According to the EPDS, any score over 10 may be considered depression.

PPD can be complex, involving multiple hormones and body systems. Successful treatment is critical to the health of a new mother and her child. Treating PPD with ALLO is a great advance over antidepressant drugs because as a bioidentical hormone, it comes closer to addressing the root cause of the symptoms in a way that is natural to the body. While access to ALLO treatment is limited, based on the work of Dr. Katharina Dalton and others, progesterone might have the same positive effects for women struggling with postpartum depression.