Could Bioidentical Progesterone Be the Key? 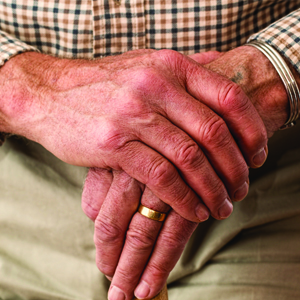 A simple way of thinking about insulin is to understand that insulin will take any sugar the body’s not using and store it primarily in the fat cells. Once the sugar is absorbed into the fat cells, it is converted into fat. People have a limited number of fat cells, which therefore can only contain a limited amount of fat. As these cells fill up with fat, it gets harder for insulin to get the sugar into them.

[…] Eventually the fat cells get completely filled up and sugar can no longer get into the fat cells—so it builds up in the bloodstream and the patient is told he or she has diabetes. While in fact diabetes is frequently a disease of too much insulin, doctors approach diabetes as if it is a disease of high blood sugar. So they give their patients medications to stimulate the pancreas to make even more insulin. This extra insulin literally pushes the sugar into the fat cells, creating even more weight gain.

[…] Many patients with type II (adult-onset) diabetes may inappropriately wind up on insulin injections. Since probably 90 percent of people with adult-onset diabetes already have too much insulin to begin with, placing them on insulin often exacerbates their weight problem.

Dr. Michael E. Platt treats both men and women with progesterone for these purposes, elaborating on the dose in his book, The Miracle of Bio-Identical Hormones. Dr. Platt believes that the primary cause of high insulin is declining progesterone, the hormone predominantly involved in controlling and stabilizing insulin. He writes: “The most common reason why people over-produce insulin is that they are not producing enough progesterone, and as we get older progesterone levels decrease. This means that in middle age our bodies will produce more insulin.” According to Dr. Platt, progesterone is “the number one hormone for lowering insulin levels, thereby helping to prevent obesity and adult-onset diabetes,” as well as helping prevent low blood sugar episodes.