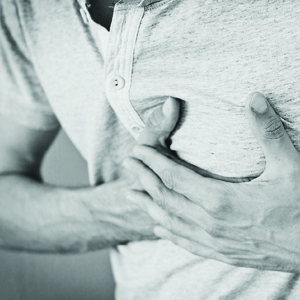 There have been few medical debates more contentious than the controversy surrounding testosterone replacement therapy and cardiovascular disease.

Two studies highlighted a possible (though far from probable) association between testosterone replacement and myocardial infarction or stroke.

However, the Androgen Study Group (ASG), which was formed to respond to inaccurate attacks on testosterone replacement therapy by the medical and public media, quickly discovered misreporting that resulted in two published corrections to one of the studies. With support from medical societies, researchers, and scientists around the world, ASG petitioned the Journal of American Medical Association (JAMA) to retract one of the misleading studies.

Dr. Neal Rouzier, a geriatric specialist who routinely prescribes testosterone to his male patients, has also been vocal in his criticism of the JAMA study. He reports that none of the 2,000 male patients he has treated with testosterone replacement experienced myocardial infarction, and he maintains that 40 years of radiologic and laboratory studies demonstrate long-term protection against plaque buildup. Although low levels of testosterone have consistently been associated with an increase in cardiovascular disease and mortality, Dr. Rouzier supports a cautious approach when prescribing testosterone replacement in older men with cardiovascular disease or significant risk factors.