Vaginal Use of Estriol 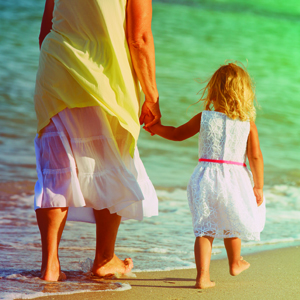 Estriol is one of the three main estrogens made in a woman’s body. The other estrogens are estrone and estradiol. Estriol levels are highest in a woman’s body during pregnancy. Normal ranges for non-pregnant, non-menopausal and menopausal women are not usually noted, making it difficult to determine what would be considered “normal levels” in the body. Estriol may be used alone or in combination with the other estrogens in a number of different dosage forms, and has been shown in studies to have good activity in the vaginal area. In 1993, a landmark study published by Raul Raz et al. in the New England Journal of Medicine sparked great interest in using estriol vaginally, not only for improving the condition of the urinary tract, but vaginal tissue as well.

In 2016, Salvatore Caruso et al. published a study in Menopause reaffirming the effectiveness of vaginally-used estriol. This study included monitoring the acidity of the vaginal tissue. Healthy vaginal tissue is in the slightly acidic range and favors the growth of friendly lactobacillus acidophilus bacteria. When this tissue becomes thinner and more alkaline as estrogen declines in menopause, the protection of the friendly bacteria declines, which may lead to infections by other less desirable organisms. Even the small amount of estriol used in this study, 50 microgram doses, caused an improvement in cell structure, acidity of the vaginal tissue, better urine control, and increases in sexual function and in quality of life. The study concluded that estriol should be a first choice in managing menopausal symptoms in the genital and urinary tracts in menopausal women.

Also in 2016, Filippo Murina et al. studied the application of a 25 microgram dose of estriol (applied daily with a finger or cotton swab) to the vulvar vestibule. After the study period of 12 weeks over 80% of the participants experienced relief from pain on intercourse. The authors maintain that direct application of estriol to the vestibule, rather than applying it vaginally, is necessary for pain relief.

Although in reality, the process is much more complex, a simplified description of estrogen’s interaction with its receptors begins with an estrogen hormone binding to an estrogen receptor protein. When bound, the estrogen hormone-estrogen receptor complex is shuttled to the cell nucleus, where it gives specific DNA instructions and produces proteins to create an estrogen effect. This description is complicated by discoveries that there is more than one type of estrogen receptor (alpha and beta). The beta type tends to predominate in the mucosal areas, such as the vagina. The higher affinity of estriol to beta receptors over other estrogens such as estradiol predicts that estriol might be more effective in those tissues. (For more on this topic, see our article, How Hormones Interact With Receptor Sites.)

Estrogens are sometimes used to treat labial adhesions in babies and young girls. Estriol may be the preferred choice because of its strong affinity to mucosal estrogen receptors. A study published in 2016 by Stefanie Bussen et al. demonstrated a favorable outcome in comparison to manual or surgical separation. A 1 milligram estriol dose was applied in this study nightly for four weeks at the fusion site. In most of the cases, further treatment was not needed.

Estriol has been in use both as an oral and a topical estrogen supplement for many years in other countries. A product named Ovestrin, which contains a half milligram of estriol per dose, is government-approved for use in many countries. The recommended dosing of estriol for the genital tract and urinary tract atrophy is one dose nightly for some weeks, then decreasing to a maintenance dose of twice weekly applications as symptoms improve. As the cells normalize and normal bacteria and acidity is re-established, issues such as infection, inflammation, pain on intercourse, dryness, itching, urinary complaints, and mild incontinence may resolve.

Vaginal Estriol in the United States

Estriol has had a tumultuous time in the United States. Since there was no commercial product available, compounding pharmacists came to the rescue by preparing estriol containing creams or other dosage forms in varying strengths for individual use. The drug company Wyeth (the makers of Premarin and Prempro until purchased by Pfizer in 2009) sought to have the FDA ban its use in the United States, even while selling a commercial product containing estriol in Europe. To this date, there is no human drug product containing estriol in the United States which has been approved by the FDA. At this time, it is solely available through compounding pharmacies.

Ironically, there is a vaginal estriol product for animals approved by the FDA for use in spayed (the surgical removal of the ovaries and uterus) female dogs with estrogen-responsive urinary incontinence. Urinary incontinence is a common problem in spayed female dogs because the removal of the ovaries depletes hormones, including estrogens. This drug, Incurin, contains 1 mg of estriol in tablets.

The use of vaginal estriol illustrates that our current medical system, based on government approvals and a one-size-fits-all model, leaves large therapy gaps. As of the time of this writing, no drug company in the United States has succeeded in bringing an estriol-containing product to market for human use. In the meantime, compounding pharmacists have made estriol available in a wide array of dosage forms and doses to address each woman’s individual needs.