Skip to content
How Do Hormones Affect the Heart?

How Do Hormones Affect the Heart? 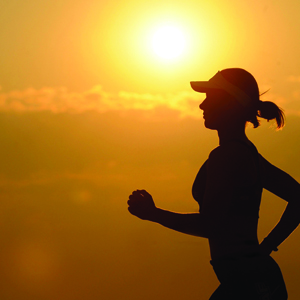 “How does hormone supplementation affect the heart?” This is a question that our pharmacists hear regularly. Much like the poor, maligned egg in the cardio-healthy diet, hormones have fallen in and out of favor with regard to their effect on the cardiovascular system over the years.

Although a number of studies examine hormonal effects on the cardiovascular system, these studies rarely distinguish between bioidentical and synthetic hormones. However, one study by Dr. Ferdinand Roefsena, Rebecca J. Yang, and Dr. Johannes Veldhuis looked specifically at the bioidentical hormones, estradiol, and progesterone, publishing their results in the Journal of the Endocrine Society. Let’s see what they found!

How Was the Study Designed?

After 23 days of using these therapies, the women’s blood was drawn and the researchers measured various markers.

What Did the Study Look At?

Because the study was only 23 days long, Dr. Roefsena et al. were unable to evaluate primary endpoints, such as heart attacks or strokes. Instead, they looked at various markers in the blood that have been associated with physical outcomes such as heart disease, stroke, and diabetes. The researchers looked at many significant markers, including:

With the exception of HDL-C and adiponectin, for which higher levels appear beneficial, decreased levels of the other markers listed above are generally considered favorable, according to the American Heart Association.

What Did the Study Find?

When compared to women who weren’t using any hormone therapies:

How Do Hormones Affect the Heart?

This study is not without its flaws, such as its short length and small group size. Its short length made it necessary to evaluate markers rather than primary endpoints, and the data was further limited by comparing the groups to each rather than evaluating the differences between the beginning and ending measurements. The patients in the bioidentical estradiol groups were treated with injectable bioidentical estradiol—a form which is rarely used in clinical practice—and used two doses ten days apart as opposed to the usual two- to four-week intervals.

Despite this study’s shortcomings, when we combine its results with information obtained in other studies, we see that bioidentical progesterone doesn’t appear to interfere with the positive effects estrogen has on cholesterol levels. By contrast, other studies have suggested that synthetic progestins do negate these effects. And this makes perfect sense! Why would we assume that a molecule that is similar, but not identical to what the body makes, should have the same effect in the body as a molecule that is identical to what the body makes?

Due to our differences as individuals, no study is perfect. Therefore, the question of whether hormones are good for your heart may never be answered definitively because the answer may differ from person to person. Through studies like that by Dr. Roefsena et al. and others, however, one thing is becoming clear: the difference between bioidentical and synthetic hormones may prove a significant factor in whether hormones are beneficial to the heart.