Skip to content
A New Organ Has Been Identified: The Human Microbiome

A New Organ Has Been Identified: 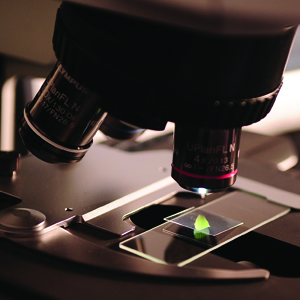 That’s right. It has been there all along, but we are just now getting around to noticing it. This organ weighs about three pounds and by weight, it is the largest organ in the human body. The organ is a collection of microbes or single celled organisms that live on and in your body. It has been named the human microbiome.

Our bodies are made up of about 10 trillion cells, but we host approximately 100 trillion microbe cells. To put a trillion in perspective, if we were to live for one trillion seconds, our life span would exceed 32,000 years. Based on the math, we are only 10% human!

It was surprising to the scientific community when the Human Genome Project was completely finished earlier than anyone predicted. It turns out that human beings only have about 20,000 genes. We have significantly fewer genes than rice or corn! However, we also carry and use two to twenty million genes from the vast number of microbes we host. If we compare the number of human genes to microbe genes rather than the number of human to microbe cells in our body, we are 99% microbe!

In an effort to identify the microbes living on and in the human body, the Human Microbiome Project was begun in 2008. It was a massive undertaking funded by the National Institute of Health (NIH) to the tune of 170 million dollars. More than 200 scientists worked on the project. The Human Microbiome Project continues to generate significant scientific findings to this day. Some examples include new technologies that sequence genes and computer programs which can handle vast amounts of data. These discoveries are opening up very exciting new areas of research.

Since the time of Louis Pasteur, we have been operating on the “germ theory of disease.” This philosophy states that diseases are caused by microorganisms. One might assume that we are hapless victims of microbial assaults and to save ourselves we must use antiseptics or antibiotics to stem the attack. The latest findings of the Human Microbiome Project cause one to think twice about this assumption.

Normally, we live in harmony with these vast numbers of microbes. In fact, a healthy microbiome aids us in some essential life processes such as digestion, the integrity of our immune systems, and even our behavior. However, many different things can cause changes in the composition of an individual’s microbiome. Diet, drugs, birth order, age, sexual partners and especially antibiotics are just a few examples. An altered or weakened human microbiome has been linked to diseases such as obesity, arthritis, autism, and depression.

The human microbiome also plays a role in hormone production and regulation in the body. For example, an organism called Clostridium scindens, which resides in the gastrointestinal tract, has been identified as capable of transforming cortisol type hormones to testosterone and other androgens. Surprisingly, our sex glands are not the only source of testosterone in our bodies! The genes of some bacteria in the gut are able to produce estrobolome, an enzyme which helps metabolize estrogens. A disordered microbiome in the digestive tract could be the underlying cause of estrogen dominance producing symptoms of infertility, PMS, heavy bleeding, cramps, polycystic ovary disease and more

Additionally, an overgrowth of yeast and related organisms in the microbiome has many documented effects on various hormones. Request a yeast information packet which contains a detailed chart of specific organisms and their impact on hormone balance.

Since so many different things can alter the microbiome, research is focusing on how to repair a damaged microbiome system. For example, scientists have found altering the microbiome normalizes the weight of obese mice. We have also seen amazing results with procedures called fecal transfers where the microbiome of a healthy person is essentially implanted into the body of a sick person.

We have long been using probiotics in the forms of specific cultures or in fermented foods. We also know about the use of substances which we call prebiotics such as inulin or fructo-oligosaccharides (FOS) that can nurture the growth of certain species of microbes. We are just now beginning to understand which species of microbes need to be re-established and how to reintroduce these specific strains with supplementation. For the consumer, the marketplace for probiotics can be confusing and frustrating. There may be very helpful probiotic strains available, but we still lack the knowledge of which probiotic strain we should choose for each particular condition.

While the science is still evolving, there is a lot we can do in the meantime. We can avoid the frivolous use of antibiotics and avoid eating antibiotic treated meats. We can carefully consider the need for certain medication before using them. Drugs like oral contraceptives may damage the microbiome. We can clean up our diet and avoid dairy, sugar and gluten which can adversely affect the microbiome. We can eat fermented foods like sauerkraut, kimchi, kombucha, and live culture yogurt daily. We can add probiotics and prebiotics to our daily regimen. Because the science has not caught up yet, try a variety of products to determine which might have the best effect for you. We are clearly entering an exciting new world of understanding how we, as human beings, interact with the invisible yet powerful world of microbes.