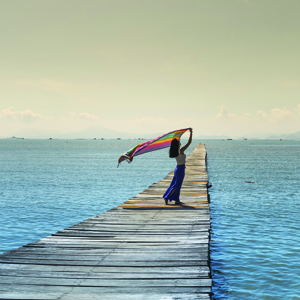 Dr. Eugene Hertoghe was a Belgian physician who practiced in the early 20th century. He became a renowned thyroid expert in his time, and was so noted for his keen observations that one of the signs of hypothyroidism is named after him. To this day, the “Sign of Hertoghe” is used to describe the disappearance of the outer third of the eyebrows. In April of 1914, Dr. Hertoghe was invited to address the International Surgical Congress at what is now Columbia/NY Presbyterian Hospital.

Dr. Hertoghe’s presentation notes read like a story. The narrative reveals his observations, the conclusions he drew, and the serendipity of finding a research report describing the symptoms of a patient who had had their thyroid removed just as he encountered an unfortunate patient struggling with these same symptoms. He applied all of these findings in treating this individual and found success “feeding” the patient’s thyroid with a thyroid supplement.

Dr. Hertoghe stated that nine of ten people who suffer with hypothyroidism are women. Thyroid sufficiency is needed for menstruation, pregnancy, lactation, and even the return of the uterus to its usual size after pregnancy.

Dr. Hertoghe believed women need a more abundant supply of thyroid during menstruation. He even recommended adding thyroid supplementation only during this time for some women. Symptoms often associated with menstruation are also symptoms of low thyroid function:

During pregnancy, the thyroid gland becomes enlarged and produces increased amounts of thyroid hormone. Dr. Hertoghe claimed this additional thyroid hormone is responsible for the arrest of menstruation in pregnancy which protects the fertilized egg. Recurrent miscarriage may be tied into an insufficient amount of thyroid hormone available to stop menses.

The increased levels of thyroid hormone produced during pregnancy may be stored to be called upon later to aid in producing the tremendous energy needed for labor and delivery. Thyroid hormone is also needed to help the heavy walls of the uterus degenerate and oxidize to return to usual, pre-pregnancy size.

Thyroid function plays a vital role in mammary function. Thyroid hormone must be in abundant supply for lactation to occur. In general, women who have had a quick return to pre-pregnancy uterus size also tend to have a good milk supply. Dr. Hertoghe suggested using thyroid supplementation if a woman’s milk supply is scanty and menstruation returns too early.

This article encapsulates just a small amount of the information Dr. Hertoghe presented over 100 years ago. Dr. Hertoghe applied his skills as a medical detective successfully during his career, becoming widely respected for his expertise in thyroid dysfunction. Today, practitioners are encouraged to depend upon blood tests and procedures, rather than relying on their own skills of observation and experience. A young woman of the 21st Century, who has heavy menstrual bleeding or complaints during menses, is likely to be prescribed birth control pills to regulate her cycle rather than being examined for possible low thyroid function. The question that springs to mind is: Are we better off 100 years later?