Hormones and the Aging Voice 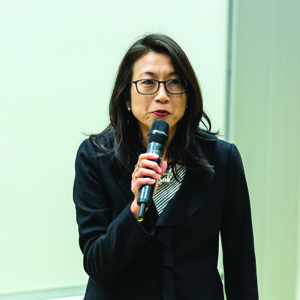 We have all heard it. Your aging mother’s voice has changed. It cracks, it quivers, it wobbles, and the tone is lower. The voice you hear over the phone is breathy and lacks the robustness it once had. You suddenly realize, this is the voice of an old person.

Unlike the dramatic changes a young man’s voice goes through at puberty, the changes that happen to a woman’s voice are gradual, often taking years to present.

A woman may use face-lifts, tummy tucks and Botox to “stay young” but her voice will still betray her. She will still have an old person’s voice, and it seems there is nothing she can do about it. Or is there?

As it turns out, the voice is extremely sensitive to hormone changes. We know this from an extensive study done with women who depend on their voices for their livelihood: singers. Women at the top of their vocal careers in their 40s and 50s may find that menopause brings it to a dead stop. With menopause, the voice range often deteriorates and those lovely high notes are no longer attainable; or worse, during a performance, the voice cracks and no note comes out at all. Many professional singers have no option but to end their career at this point.

So, what is going on with hormones to affect the voice? The larynx and the vocal cords contained within are extremely sensitive to thyroid and the sex hormones. In fact, cyclical changes occur in women’s voices starting at menarche. In the first part of the cycle (follicular phase), estrogen dominates and progesterone is at lower levels. During this time, there is more fluid build up in the vocal chords and a relaxation of the nasal passages, changing the perception of the voice. During the second half of the cycle (luteal phase), progesterone dominates, causing the larynx epithelium to slough off, and opposing estrogen-induced proliferation. Singers often find that their ability to reach the high notes is compromised during this phase.

In other words, if progesterone is not abundant enough, the singer suffers from estrogen dominance in the luteal phase (or during PMS), and voice clarity or efficiency suffers. Vibratos wobble and it is difficult to sing softly. This condition is known as dysphonia premensturalis.

Researchers Jean Abitbol and his wife Beatrice performed a study that compared slides of swabs obtained from the vocal cords with slides containing cervical smears, both taken at various intervals of the menstrual cycle. The slides were indistinguishable from each other! Their astounding discovery is that vocal chords and vaginal tissue are the same kind of tissue. The vaginal dryness experienced at menopause is similar to the dryness experienced in the vocal chords.

Research has also demonstrated that progesterone, operating as a neurosteroid, protects the myelin sheath. Ian Duncan at the University of Wisconsin illustrated the effect of progesterone on the brain in 1995. With the significant drop in progesterone production that occurs at menopause, nervous tissue is less protected, which leads to a voice that is less controlled.

Testosterone deficits also have an effect on the aging voice in that the muscles and cartilage that make up the larynx become flaccid and weakened. Not only that, but low testosterone contributes to less muscular strength throughout the body. Singing is hard work and requires good structure and posture, strong abdomen muscles, great breath control, and plenty of endurance. Perversely enough, women who receive too much testosterone replenishment may find that their voices change to a lower timbre, which is thought to be permanent.

Both hypothyroidism and hyperthyroidism also cause voice disturbances. Low thyroid produces hoarseness and a lack of range. This may be from elevated polysaccharides (think mucin) in the vocal chord folds, leading to fluid retention and thickening of the vocal chords. Treating hypothyroidism generally relieves these symptoms. Too much thyroid hormone also causes hoarseness, which is usually relieved with treatment.

Other chronic diseases that accompany aging can also impair the voice. For example, diabetes sufferers often experience dry mouth, which can be a vocal hindrance. Hearing loss, another hallmark of aging that can also occur with diabetes, can cause difficulties in the quality of the vocal sounds produced.

Keeping oneself in good physical condition with exercise, a healthy diet, and good hydration also goes a long way toward maintaining a youthful voice. There are specific exercise programs that singers use to keep their voices working effectively. In addition, hormone replenishment seems to make a difference, and this option warrants further exploration.