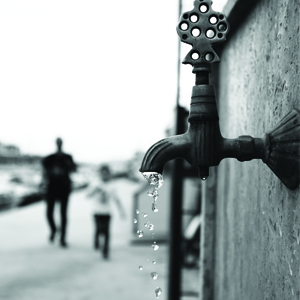 In 2013, Dr. Joseph Hickey of Hilton Head, South Carolina participated in a discussion about the health issues caused by lead, mercury, and cadmium. He linked underlying toxicity from heavy metals to several diseases, including:

Dr. Hickey specifically warns about lead toxicity. Lead tends to be sequestered in the bone, replacing calcium; it stores there for decades, releasing slowly.

During pregnancy, blood pressure is extremely high and blood vessels are constricted, leading to an inability to get blood to the fetus. Both the baby’s and the mother’s lives are threatened. Few in the medical industry try to understand how this is happening. The term “idiopathic” is frequently used, indicating that they have no idea what the underlying cause may be.

Dr. Hickey proposes that we look to lead toxicity as the underlying cause of toxemia of pregnancy. Lead has been identified as a cause of hypertension. Lead blocks the production of nitric oxide (NO), which serves to relax our blood vessels. During pregnancy, the fetus depends on the calcium in the bones of the mother to start to form its own skeleton. As the mother’s bones are breaking down, the lead is now displaced and free to attach to other organs. In the case of hypertension, the vascular blood system is affected.

Bone structure tends to weaken in the pregnant female. As evidence of this, many women find themselves with new dental problems during pregnancy. What we didn’t know were the consequences of releasing stored lead.

Magnesium is often used for toxemia of pregnancy because it is able to produce a relaxation of the blood vessels. Dr. Hickey warns that the treatment is temporary because the underlying lead toxicity problem is not resolved simply by using magnesium.

Some menopausal women start to lose their bone mass and become increasingly osteoporotic. Bioidentical hormone supplementation may play a huge role here. When women take steps to keep their declining hormone levels up, they are able to forestall the breakdown of bone. When bones do break down, the lead will not only cause many of the so-called “age-related” illnesses already mentioned above; lead may also be absorbed into the brain, contributing to dementia and Alzheimer’s disease.

Dr. Hickey adds that, whenever the bone structure is interfered with, lead may be released and cause damage. Declined mental functioning–a consequence of open-heart surgery to perform bypasses–has been blamed on low oxygen from diminished blood flow during the surgery. Dr. Hickey states that it is more likely to be the lead released from cutting the sternum bone. Consider then the consequences of such surgical procedures as hip and knee replacements or dental implants.

Let’s detour for a moment to discuss another bone-loving metal called gadolinium. This metal is used routinely in the contrast medium during MRI procedures. MRIs provide excellent pictures of the internal organs; however, it is now observed that gadolinium does not entirely leave the body after the procedure. Like lead, this metal stores in bones, only to be released to cause further damage as bones are damaged.

Unlike lead toxicity, gadolinium produces its own symptoms, such as skin disorders and runaway production of fibroblast cells, leading to thickening such as the disease scleroderma. Women who are concerned about or being treated for breast cancer, for example, might be exposed to multiple MRI scans and should be aware of the increasing amounts of gadolinium that may be stored in their bodies. General awareness of this potential is not yet widely recognized by the medical community.

Where did the lead come from? Most of us are aware that both paints and gasoline used to be lead-based. Fortunately, society has moved away from these major sources of lead toxicity. Nonetheless, lead stores in the bones for decades, so many of us now reaching menopause will have significant levels.

How do we find out how much lead we have? Dr. Hickey suggests that a test using an X-ray of shinbones has been developed and will define how much lead has accumulated. This test is only available on a limited basis. In his office, he uses a measure of heavy metals in the urine both before and after giving a chelating agent to his patient, monitoring the increased amounts released into the urine by the chelator. Chelation, or a sequestering and elimination of heavy metals, can help diminish our body stores.

An even simpler way to determine if lead is an issue, Dr. Hickey says, is to measure the waist-to-hip circumference. If the waist measurement is larger, this is an indicator of metabolic syndrome and an indicator of lead toxicity. Another big clue is increasing blood pressure.

As mentioned above, protecting the bones by keeping hormones at normal levels will not “get the lead out,” but it may keep the it sequestered as a precaution. Staying well-nourished with good food and/or supplementation will stop the lead from insinuating into the metabolic processes.

Some doctors specialize in treating heavy metals and they can be found at these organizations: