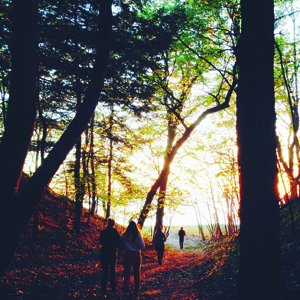 As of 2013, the Centers for Disease Control and Prevention estimate that there are approximately 300,000 new cases of Lyme disease per year in the US, which is 10 times more than the number of cases officially reported. And there are potentially many more “victims” who have yet to discover that they have the disease because the symptoms can mimic other disorders, such as arthritis, chronic fatigue syndrome, fibromyalgia, multiple sclerosis, Parkinson’s, and Alzheimer’s disease.

An article titled “Lyme, Neurotoxins and Hormonal Factors, an interview with Nancy Faass, MSW, MPH,” which appeared in the July 2014 edition of the Townsend Letter, offers further insight into the complexity of diagnosis and treatment. Wayne Anderson, ND, and Robert Gitlin, DO, were the experts interviewed for the article.

Chronic Lyme disease patients experience myriad complications that make it difficult to diagnose, much less treat and restore the patient to wellness. Lyme disease patients are likely to be struggling with a whole host of problems beyond the infection from the Borrelia bacteria from the tick bite, including but not limited to co-infections such as Babesia, Bartonella, Ehrlichia, and Mycoplasma, along with assaults from mold toxins, petrochemicals, and heavy metals.

Adding to the complexity, some of the symptoms associated with the Borrelia infection are the same as symptoms caused by hormone imbalance. Dr. Gitlin finds that the vast majority of his Lyme disease patients are in a state of adrenal depletion, which needs to be addressed before addressing other hormone depletions.

In patients with chronic Lyme disease, the hypothalamus is affected by the neurotoxins produced by the infectious agents. The hypothalamus is the master gland that ultimately affects the production of thyroid hormones, as well as the sex and adrenal hormones, so supplementing hormones can help offset the deficiencies.

To make matters worse, when Lyme disease symptoms are present, hormone transitions may be more difficult. Dr. Anderson suggests that, if you are directing your patients with bioidentical hormone therapies and they are not responding, chances are good that this patient also has Lyme disease and should be evaluated further.

Low testosterone levels provide an opportunity for infections to take hold. Starting during perimenopause and continuing after menopause, women get about half of their testosterone from the conversion of adrenal DHEA, as opposed to only about 10% in men. Consequently, menopausal women with chronic Lyme disease will suffer even more than men with this disease.

The sex and adrenal hormones tend to have anti-inflammatory actions, so the decline of these hormones in all Lyme disease patients is even more critical, and some patients will present with chronic pain. Dr. Anderson will treat more aggressively with hormone therapies, in order to take advantage of the anti-inflammatory effects the hormones provide in these situations.

Progesterone and pregnenolone are both adrenal hormones, and are precursors to creating more cortisol and DHEA. Because the chronic stress of Lyme-related infections deplete these hormones, supplementing progesterone, pregnenolone, and DHEA can help.

Some patients with chronic Lyme disease present with liver and/or gall bladder tenderness. Dr. Gitlin observes that, because most hormones are metabolized in the liver, using hormones at this point is likely to fail, and patients will not tolerate the hormones. It would be more prudent to address the infection and other toxicities first.

Low levels of DHEA impair liver detoxification and the flow of bile from the gall bladder. (Bile is needed absorb fats from the diet, and structurally it is related to the sex and adrenal hormones.) As a result, the liver becomes even more congested with toxins. As evidence of this, low DHEA levels and subsequent poor detoxification are also associated with an increased risk of breast cancer.

In addition, magnesium, which is an essential element and necessary for hormone balance, becomes critically depleted in patients with chronic Lyme disease. The presence of mercury, a toxic heavy metal, may also be found with Borrelia infections.

Thyroid optimization is another key in helping Lyme disease patients, but only after adrenal support has been added. Hashimoto’s disease tends to be the result of an inflamed gastrointestinal tract, but a Lyme disease infection may also be part of the problem. In fact, Dr. Gitlin has observed the presentation of Hashimoto’s disease, a low white blood cell count, and an increased bilirubin levels (Gilbert’s disease) pattern, which he thinks may be a hallmark of Lyme disease.

Understanding the impact of chronic Lyme disease on hormones (and vice versa) can help create the perspective needed for successful treatment. Why do hormones not work as effectively in some patients? Why do some women suffer much more at menopause transitions? And why do women tend to be more symptomatic with hormone imbalances than men? Considering the possibility that Lyme disease may be present and addressing the dimensions noted may increase the chance of success.